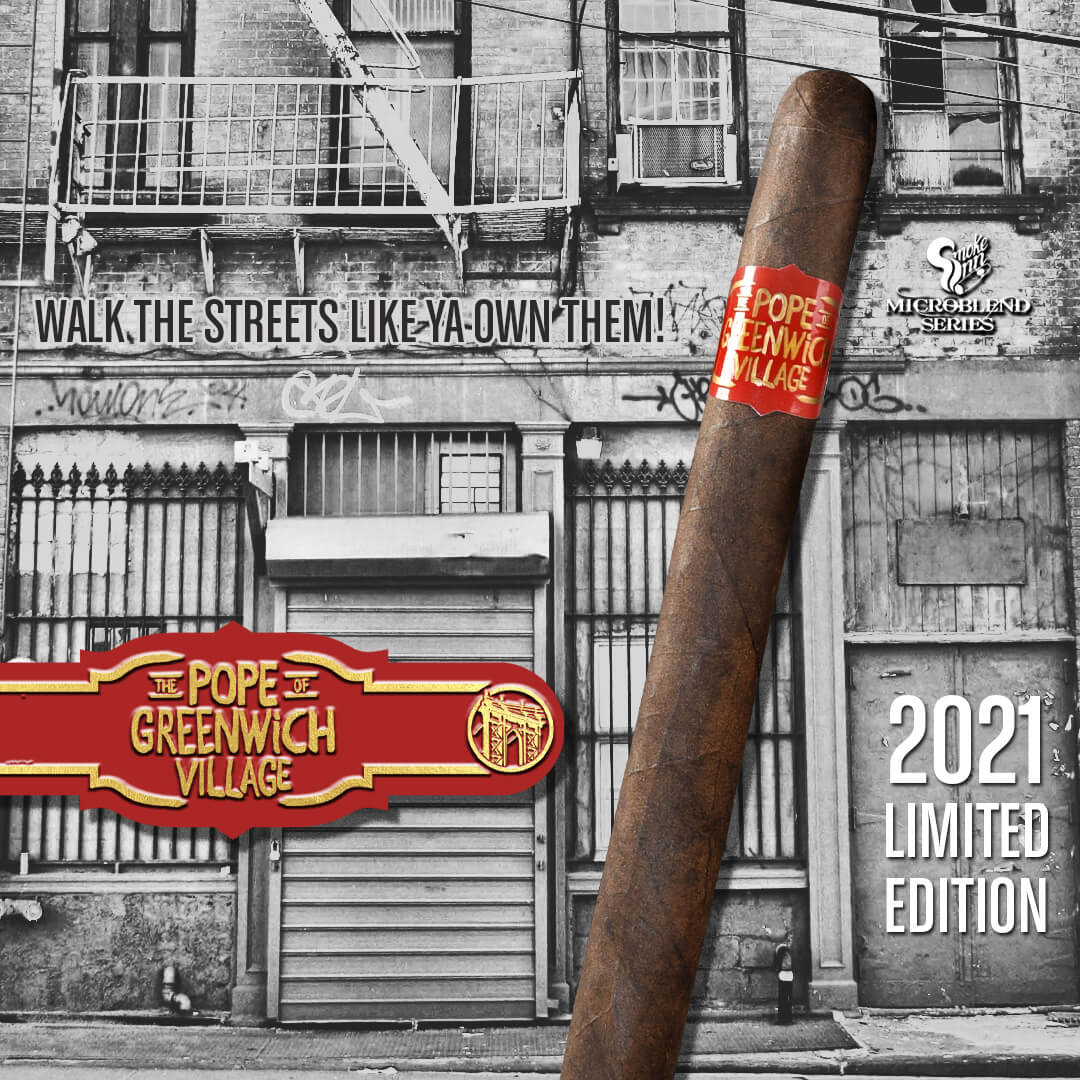 Drew Estate and Smoke Inn are once again teaming up to release “Pope of Greenwich Village,” for the Smoke Inn Micro Blend Series of cigars.

“Working with Jonathan Drew and the folks at Drew Estate back in 2015 to create the Pope Of Greenwich Village was a milestone in Smoke Inn’s history,” says Dababneh. “It has been a fan favorite. I am elated to see this Smoke Inn Micro Blend return for the public to enjoy!”

From the Wynwood Safehouse in Miami, Jonathan Drew, Drew Estate’s Founder and President, explains, “’Pope of Greenwich Village’” was set in an Italian neighborhood in New York and brings us back to our NYC roots in a such a clever way. Like the movie, Pope is a character study that’s bold and unusual, as the flavor characteristics are enhanced by the smaller ring gauge. The Pope of Greenwich Village is a concept cigar which reminds us that the cigar business is not just business, it’s also a lot of fun.”

Pope of Greenwich Village will debut during a virtual event hosted by Drew and Dababneh beginning at 7 p.m. Eastern on May 27th. The cigars will be sold in craft paper 10-count soft packs and their MSRP will be $99.95/10-count pack. They will be available exclusively at smokeinn.com.