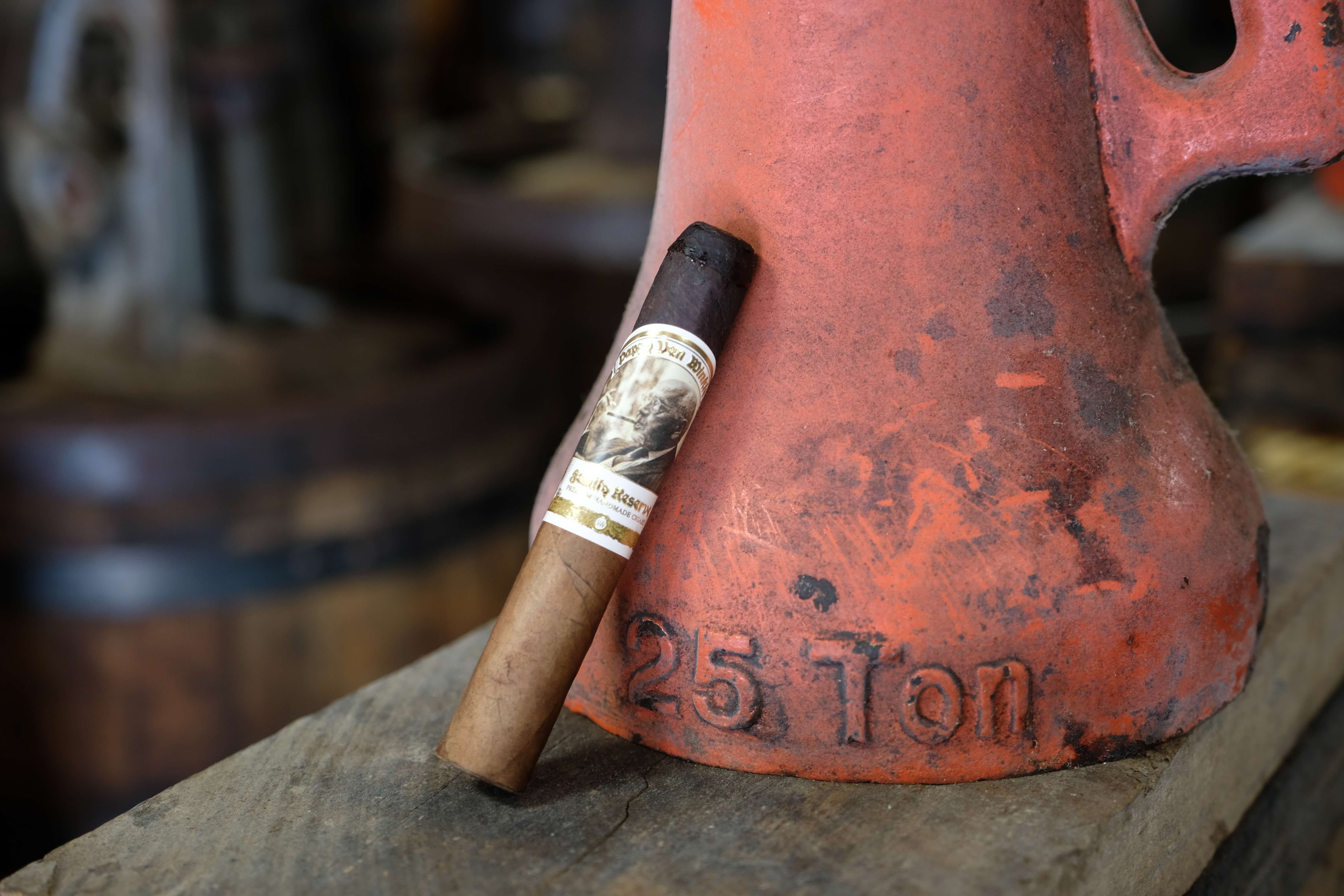 On November 17th, Jonathan Drew and the Drew Estate crew descended on the L.A. Poche facility in St. James Parish in Louisiana for the 2nd Annual Louisiana Barn Smoker! It was a beautiful day highlighting the Barrel Fermentation process using the Perique style on dark fire cured tobacco from Kentucky, that is made famous in the Pappy Van Winkle Barrel Fermented.

St. James Parish has a history of processing tobacco going back to the 1700s when the Native Americans began processing locally grown tobacco in tree stumps. This technique was adapted by Pierre Chenet in the early 1800s who changed the process to use whiskey barrels to house the tobacco and apply heavy pressure to begin fermentation. Mark Ryan, who purchased the L.A. Poche factory, re-invigorated the community causing a rebirth of Perique tobacco. Jonathan Drew met with Mark Ryan with the idea to adapt the Perique process to use the Dark Fire Cured tobaccos from Kentucky for what would become the Pappy Van Winkle Barrel Fermented.

Attendees were given a tour of the history of the farm, and learned how the local tobacco is frog stripped by hand. Then Master Blender Willy Herrera guided everyone through the Barrel Fermentation process, where tourquettes of tobacco are loaded into barrels and pressure is applied by railroad jacks to cause fermentation. These tourquettes are turned 3 times over the course of a year minimum to produce the final product.

After the tour, there was a catered lunch of local Bayou cuisine and a variety of liquor sponsors on hand. Epic games of Cornhole and Jenga were waged while Cigars for Warriors was collecting raffle donations. Overall, we raised over $12,000.00 benefiting Cigars for Warriors and lucky winners walked away with Pappy Van Winkle Barrel Fermented Mega Standing Ashtrays! Thank you to all who attended and here is a link to our photo album from the event!