The Rebirth of Cigars

Our Early Years
The Drew Estate story is one of daring, heartbreak & success but, most of all, one of passion for cigars and the country of Nicaragua, where we have been making cigars since 1998.

Jonathan Drew & Marvin Samel are not your average cigar makers, their story does not start in Cuba, or with fathers in the cigar business. It started with a dream, and through their can-do spirit and never-say-die attitude made Drew Estate one of the premier cigar manufacturers on the planet. The two frat brothers from New York started out small…. Small, as in a 16 square foot retail kiosk in the World Trade Center in NYC.

The early days were fraught with peril, you’d think these two frat brothers went to the school of hard knocks. Picking themselves up, dusting themselves off and never backing down would become a trademark in the years to come for them & their fledgling cigar company, Drew Estate. 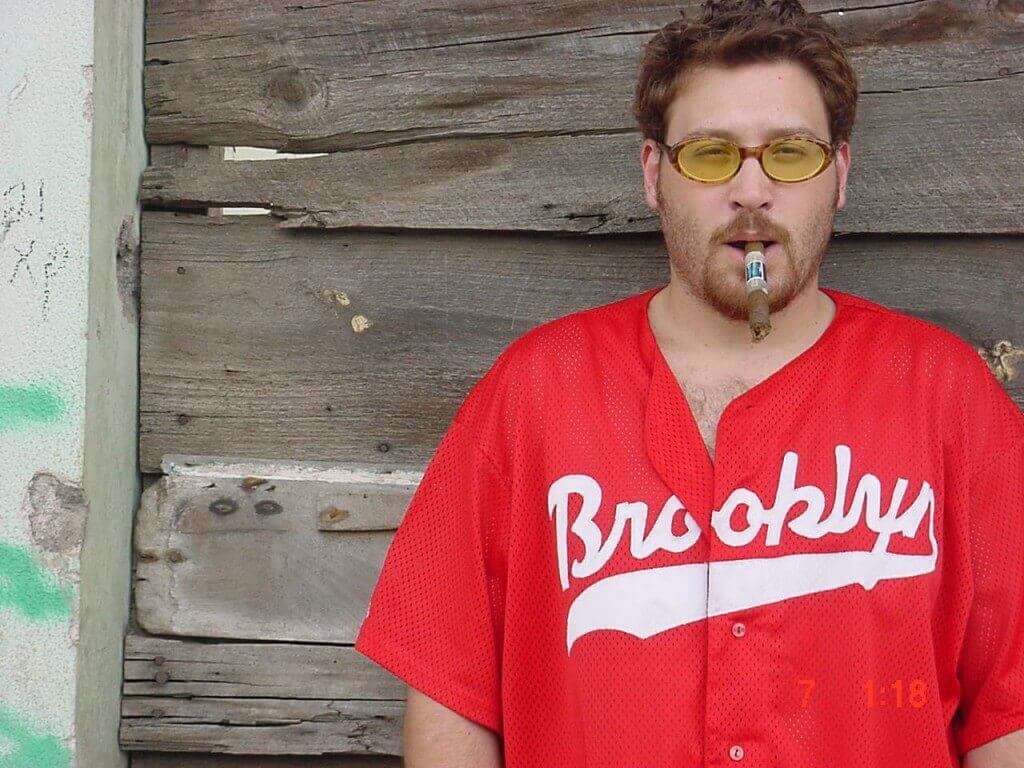 In late 1998, Jonathan Drew moved to Esteli, Nicaragua with the hopes of starting a rebirth in the cigar world. With a handful of rollers and an even smaller handful of money, the story of “That Crazy Gringo” began. Imagine, going from a NYC apartment to sleeping on a mattress above a ram shackle factory, hardly knowing a word of Spanish too! 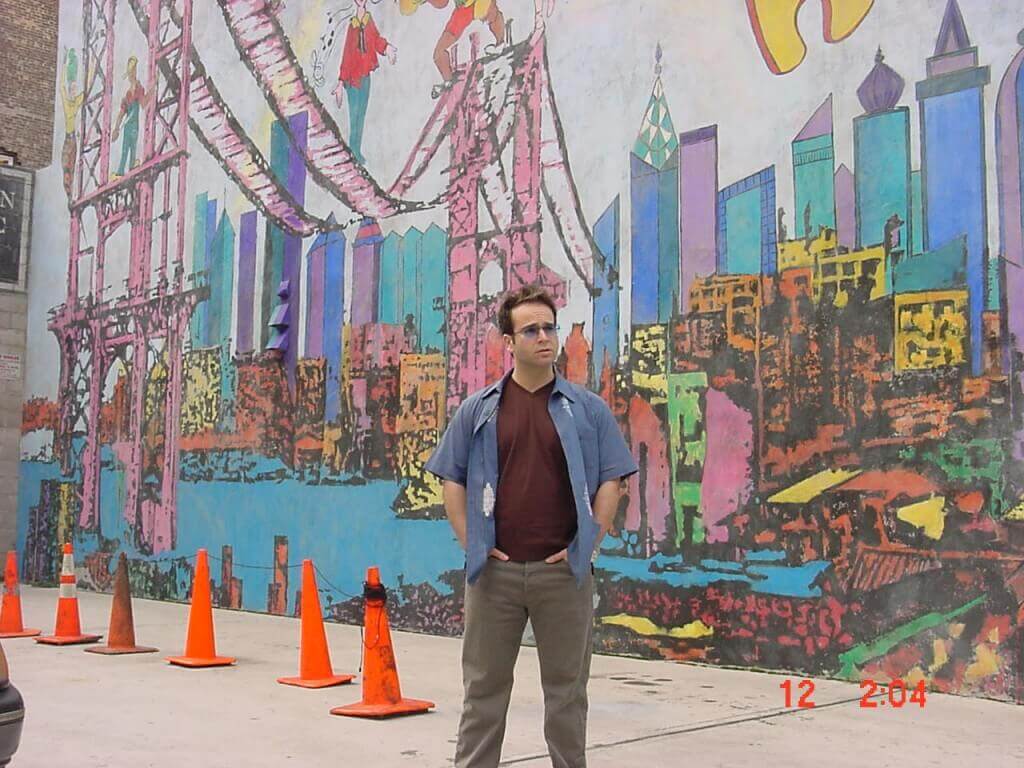 Back in Brooklyn, Marvin was holding down the fort, a beat up office in DUMBO, begging & borrowing from anyone who’d give ‘em a chance… parents, cousins, friends, unscrupulous characters… For a year or so, things were bleak… but they were on to something, just need more money…

A Merging of Talents

In early 1999, Jonathan returned to Brooklyn with several amazing new blends for the next Drew Estate release. It was different, even shocking, and it needed something equally as spectacular to launch it. Enter Scott “ACID” Chester, an emerging artist in the DUMBO scene, whose mixing of industrial, urban, graffiti & motorcycle art would make for the perfect vehicle. 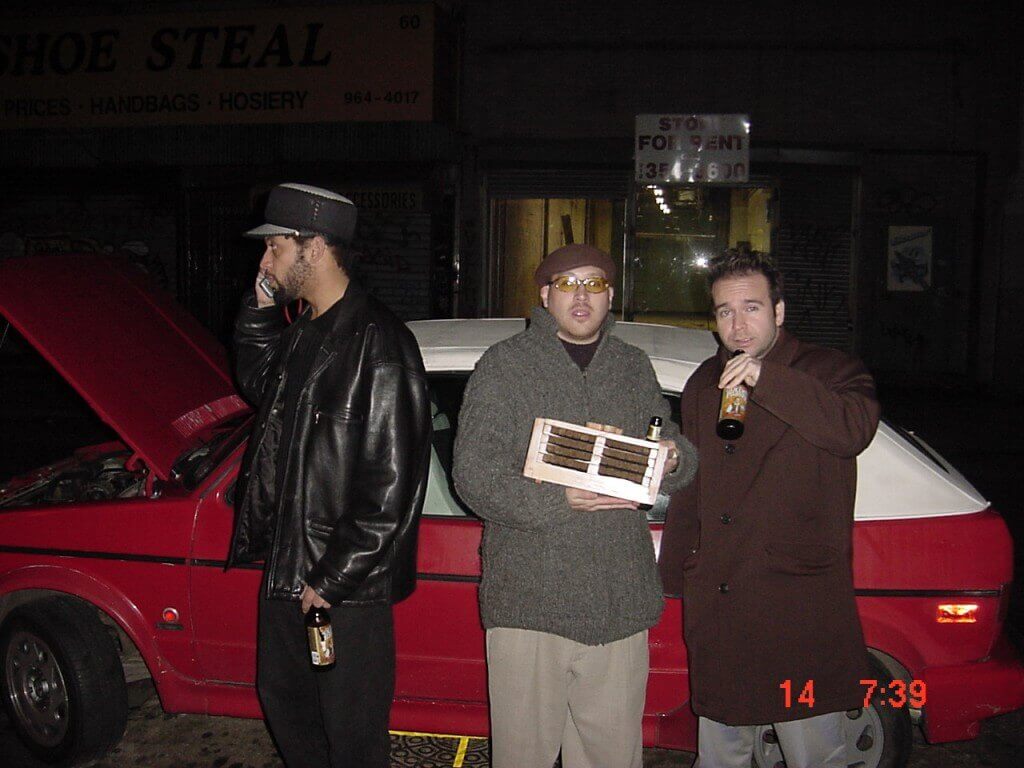 1998 & 1999 were crazy… running on fumes, bank account empty, but little by little we chipped away… Some great people came to us and pointed us in the right direction… We could have easily contracted out our cigars, but we wanted to go all in, owning our own factory, making our own cigars, doing things our way, which turns out is definitely the hard way.

By 2000, we were ready for Round 2 with the release of Natural by Drew Estate. The ying to ACID’s yang, Natural was equally as original and more traditional. The launch of Natural took place on a vintage yacht sailing around Manhattan with invited friends and industry folk. Natural’s alluring flavor and aroma was the perfect match for a special evening.

Contrary to popular belief, ACID was not our first cigar brand. La Vieja Habana was. Originally released in 1998, this traditional cigar put us on the map, but when hurricane Mitch ravaged Nicaragua, the brand was put on hold. In 2001, La Vieja Habana returned loud and proud in stylish Art Deco form, a mix of tropical Cuban and NYC deco. The cigar, a real cigar smoker’s stick, rich tobaccos, great wrapper selections, and a can’t-be-beat price.

Early ‘01, we were making progress when Forbes magazine did an article called Cult Brands and included us alongside such brands as Krispy Kreme, Apple & Harley Davidson! It was a nice validation of the hard work we’ve put in & put a little zip on our pitches the rest of the year.

By 2002, our little factory in Esteli was cranking out some amazing cigars, and a whole lot of them too, like our newest infused cigar AMBROSIA tobaccos exxotica. Everyone looked at us like we had three heads when we released it, but no matter, it showcased our dedication to The Rebirth of Cigars and to Jonathan’s vision of the Cigar Subculture.

2004 brought us to a crossroads. Our ever-growing company needed a change. So, we packed up shop and left the cozy confines of NYC for the fun and sun of Miami. Our move to Miami coincided with the hiring of a new company president: Steve Saka. His challenge, to guide us to the next level (and to bust everyone’s butt like a drill sergeant).

On the horizon, dreams were about to come true. Jonathan’s full vision of La Gran Fabrica Drew Estate. The dream that began nearly 10 years ago becomes reality with the building of our new factory.

One of the most, impressive cigar factories in all Central America. Our old factory in Esteli was home to us for nearly a decade, its amazing to think of the many millions of cigars that we were able to produce there. Cigars are so much more than the factory they are made in, it is the people who make them that really make it special. Viva Estelianos! You are the best!

We purchased a pristine piece of land overlooking a valley and tobacco fields, and broke ground for our factory in September 2006.

Opening in July of 2007, La Gran Fabrica Drew Estate is truly a sight to behold. At over 96,000 sq. feet, it is the largest cigar factory in Nicaragua and one of the five largest premium cigar factories in the world. While others have built simple, economical cinder block cube-like structures, we understood the importance of making our factory special. It isn’t just the place where we make 94,000 handmade cigars a day, it is a reflection of who we are and what Drew Estate means.

We invite all cigar lovers to visit and see first-hand the positive vibrations that emanate from hundreds of chavetas clicking in our grand salon. From its’ stunning architecture, endless hand painted murals and bright, open work atmosphere, this factory has “wowed” everyone that has had the privilege of a tour. Art is a very big part of the La Gran Fabrica experience, at every turn large colorful murals and intricate border paintings adorn nearly each and every wall. A mixture of Nicaraguan culture and brand inspired art is painted by the talented artists of Drew Estate’s Subculture Studio.