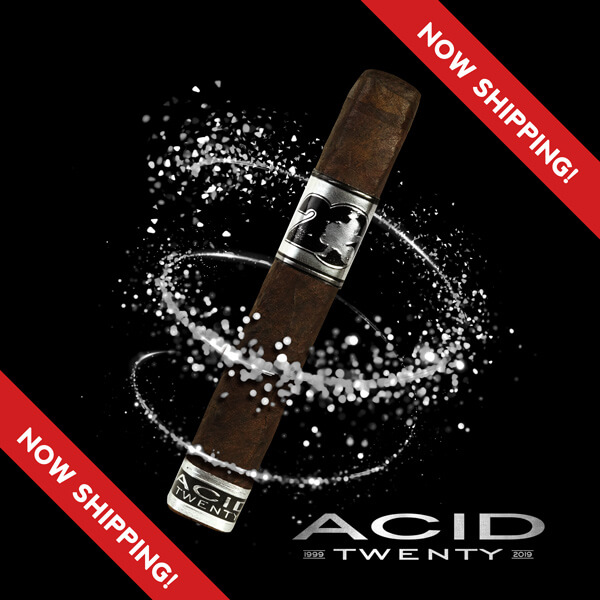 Over the past twenty years, ACID has become a vital, must-have brand within all sales channels of the cigar industry. To celebrate this tremendous milestone, we are honored to introduce ACID 20, a box pressed robusto, internally billed as our best ACID release since Kuba Kuba. ACID 20 is wrapped in a lush, toothy Mexican San Andres capa, with ultra-premium Indonesian binder, and filler leaves from Nicaragua. With a subtle and evolving profile, blessed with a blend that is truly worthy of the double decade title.

From the Wynwood Safehouse, Jonathan Drew Founder and President of Drew Estate illuminates, “20 Years is a tremendous milestone to reach for any brand, but in this special moment we didn’t want to rest on our past successes. We challenged the entire company to produce an ACID cigar that could rival Kuba Kuba, and I am proud to report they have delivered excellence… From the chromed-out packaging, to the burst of taste and aroma once lit ACID 20 defines the next twenty years of the ACID legacy.”