Ana Maria was benefited on January 2014. On the last visit we pay to her family, she shared her experience with TECHO and Drew Estate volunteers.

“Thanks God I feel good in my new house and I’m happy! I live with my son Felix, his wife and my two grandchildren. My son works in a farm and the children are in the school right now. I spend the day at home because I work on washing other’s clothes to earn some money and I also help my son with the kids. My old house was made of wood, but the wood was rotten and we had to cover it with plastic and cardboard. The only space where water didn’t leaked from the roof was where we slept. My son was always trying to cover all the holes. I found out about TECHO in a meeting they had with one of my neighbors, they were going to build his house. I met Tito; he was the first one I met!” 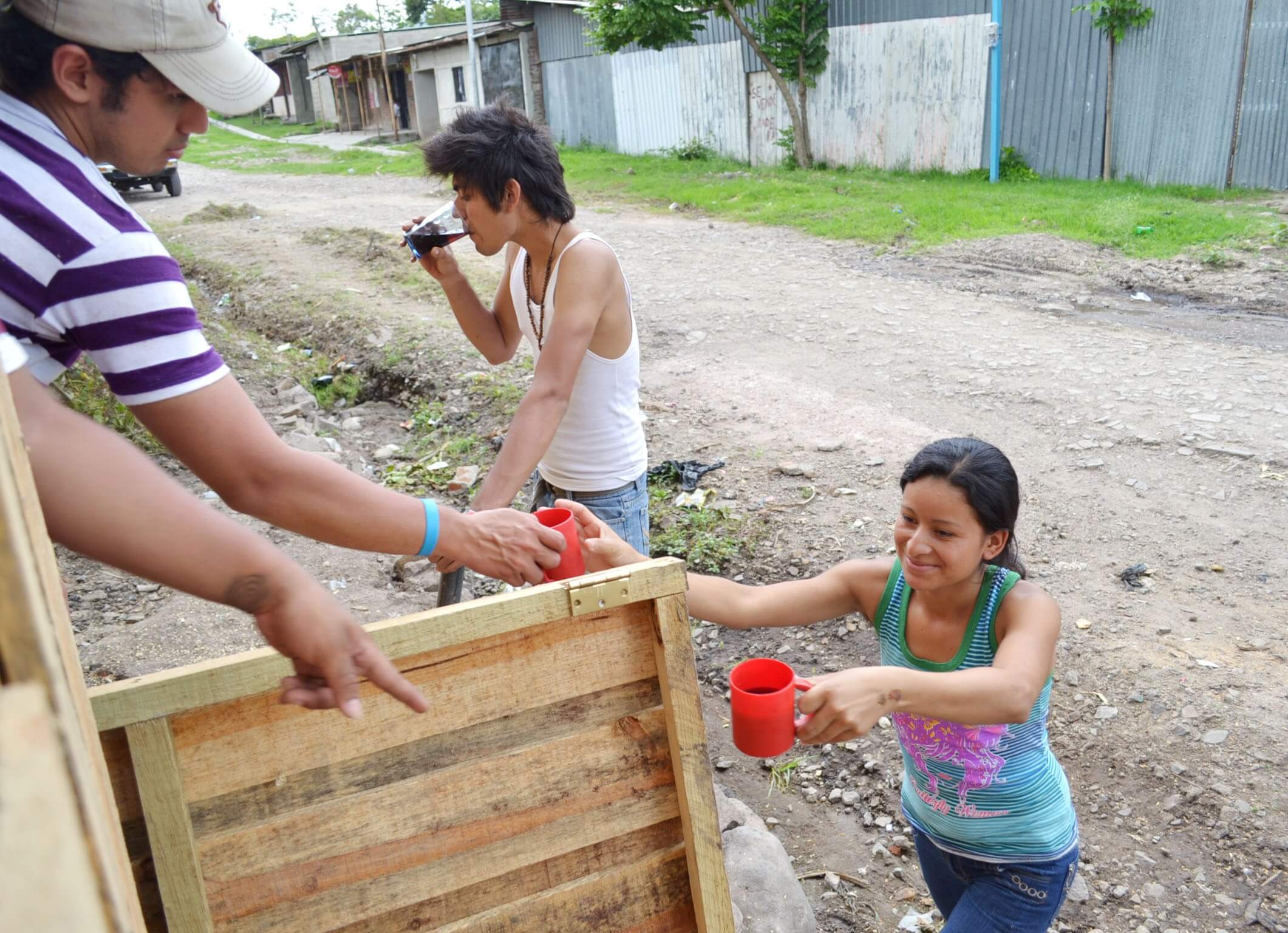 “I asked Tito about the process and he explained everything, so they came to see me and my family. They passed by like three times in one month. One day they came again and told me: “Here we are Doña Maria! You are benefited with a house!” and I told them “But I don’t have the money” and they told me that I could save that money and they would give me some ideas, and that maybe I could ask my family for help. So I said yes, right away. When I talked with my daughter, she told me that I couldn’t lose this opportunity, that it was a blessing and that she would provide me all the money, then I was relieved.”

“After that last visit, TECHO came four times, they told me I needed to go to some workshops they would do with all the beneficiaries, and I went to all of them. We learned about savings but also we had fun; we played with balls and it was very fun! We made teams and named them, mine was Ana María, and others named it Estrella and so on. I will never forget that, it was pretty!” 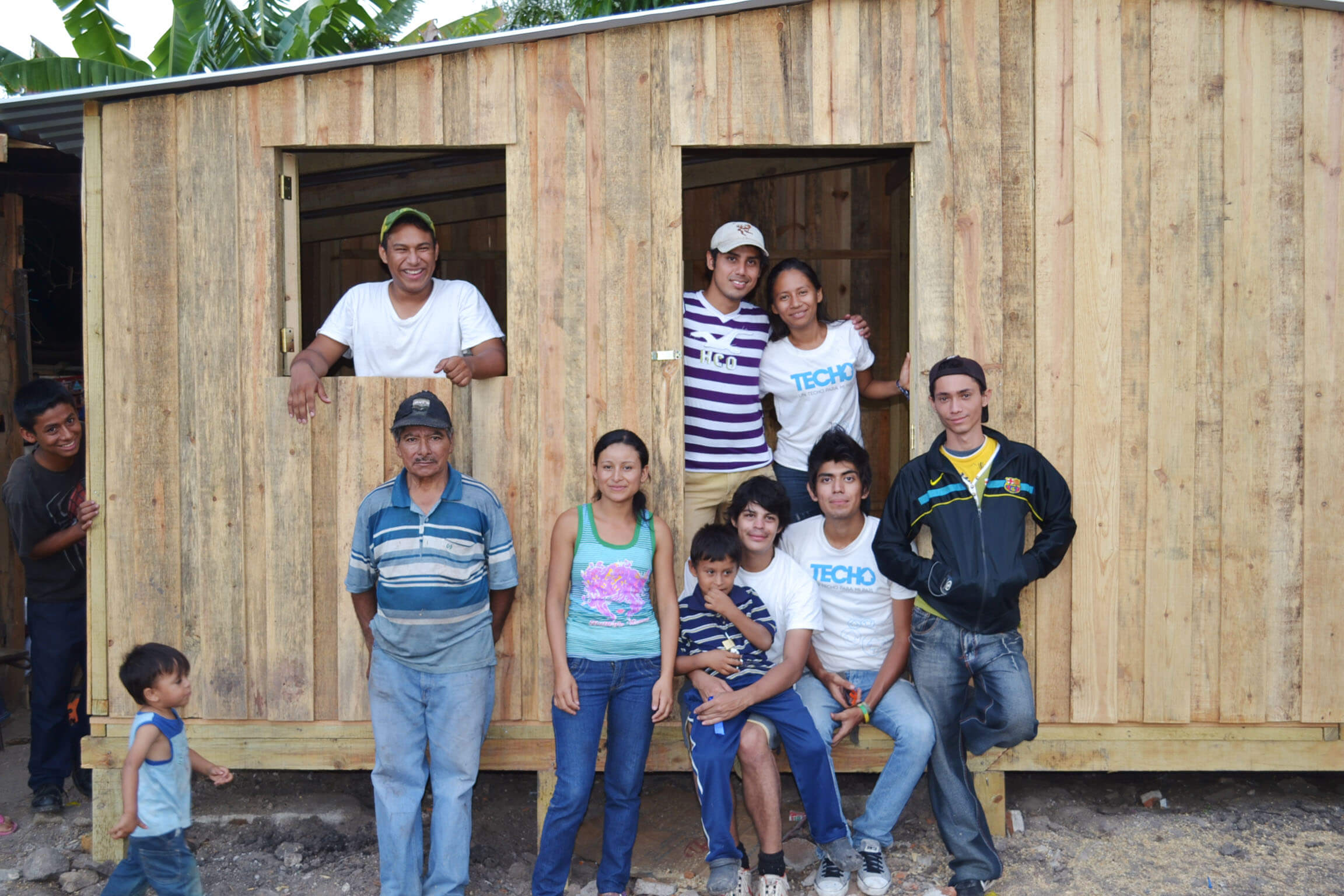 “I remember the day of the construction, it was a very good day and it was sunny. The volunteers were very friendly and they were from different places, my two sons Felix and Vladimir also helped in the construction. I helped on making lunch for them. I’ll always thank them all a lot, they were very nice with me; one of them gave me a flashlight, is very useful and I used at night.”

“The only thing we had to do after was cover some holes from the nails, but that was all, we did a great job! I like this house, now my mother and my kids live more comfortable and less worried” shared Felix.
When the volunteers were leaving, they said: “We are going to visit you in the future!” and I told them: “I will be waiting…They came to visit me one month later” 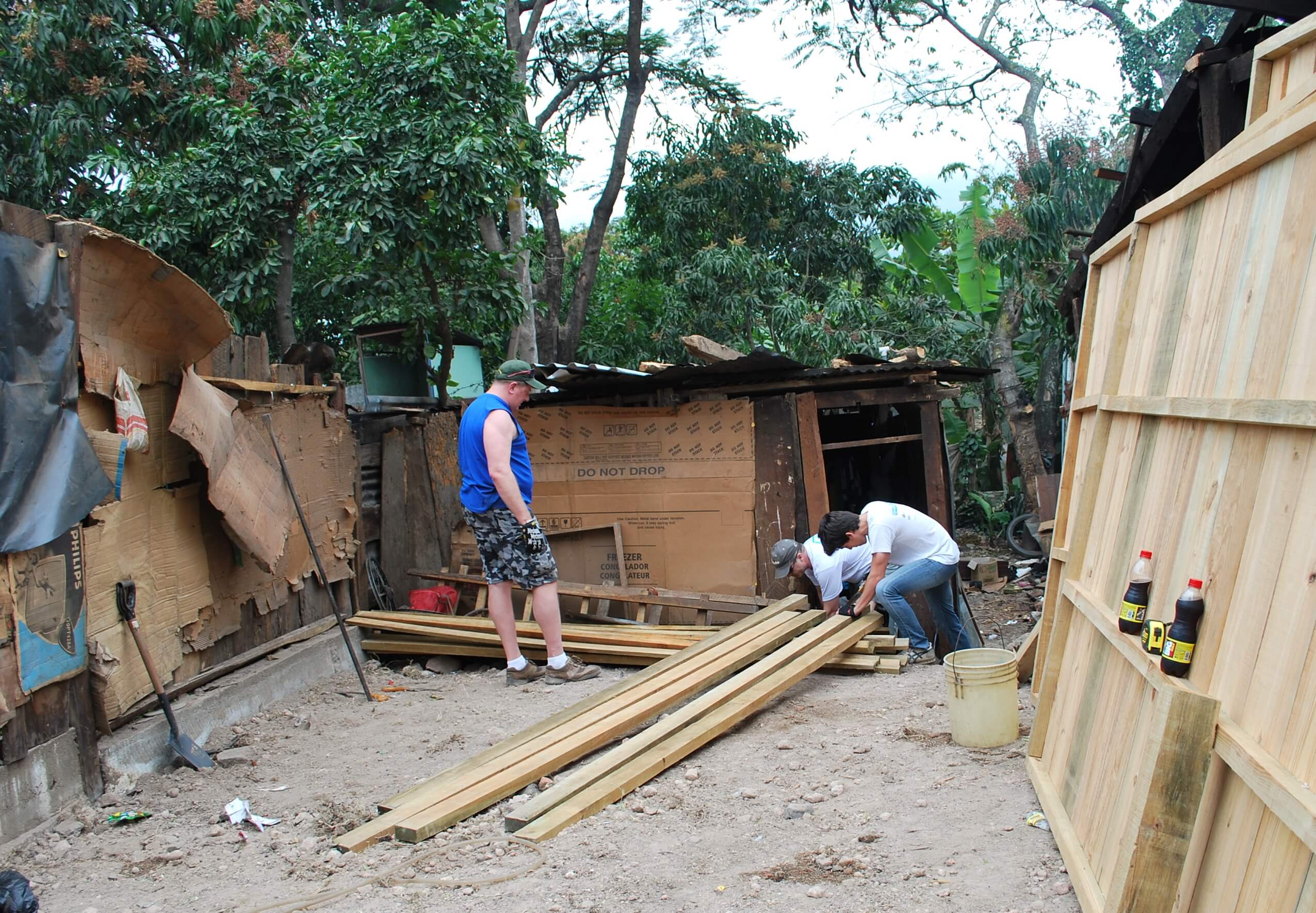 “It is great to have a house like this, when raining season come in a couple weeks now, we will be dry. Thanks God! I’m happy in my new house and I don’t have any problems. And look at my house I keep it clean and pretty!
I wish my neighbor could be benefited with a house, she lives alone and has nobody that could help her, and her house is in bad conditions, but there are a lot of people in her situation and there are no housing projects like this one.”

All of the work that TECHO does throughout the process, results in a great bond with the community, for both TECHO volunteers and Drew Estate. They see them as the people that didn’t forget about them and helped them when they needed it the most, giving them hope and an opportunity that before was only a dream. 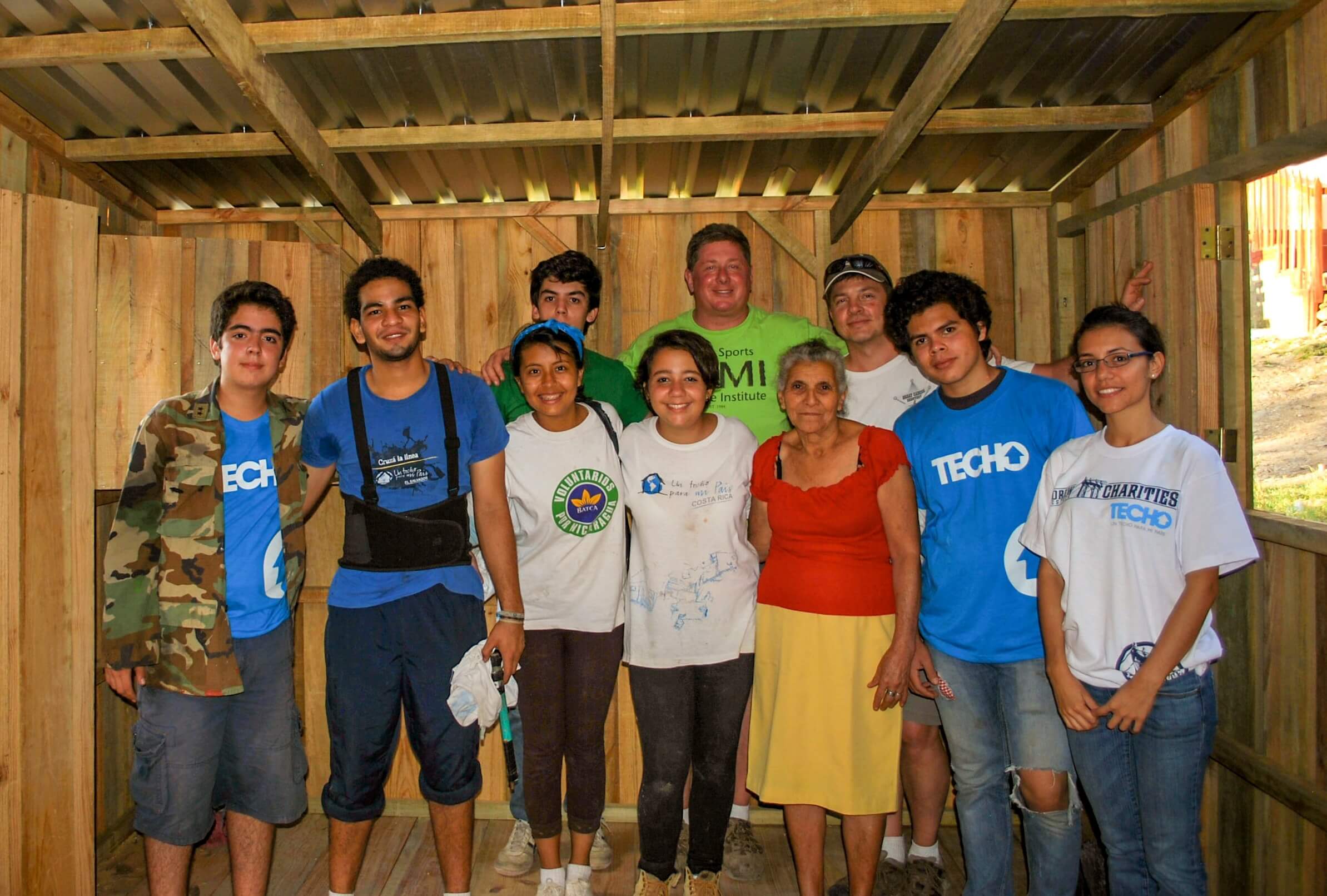 A house means a lot for a person without a safe place where to live, where to have their family and protect them from raining season.