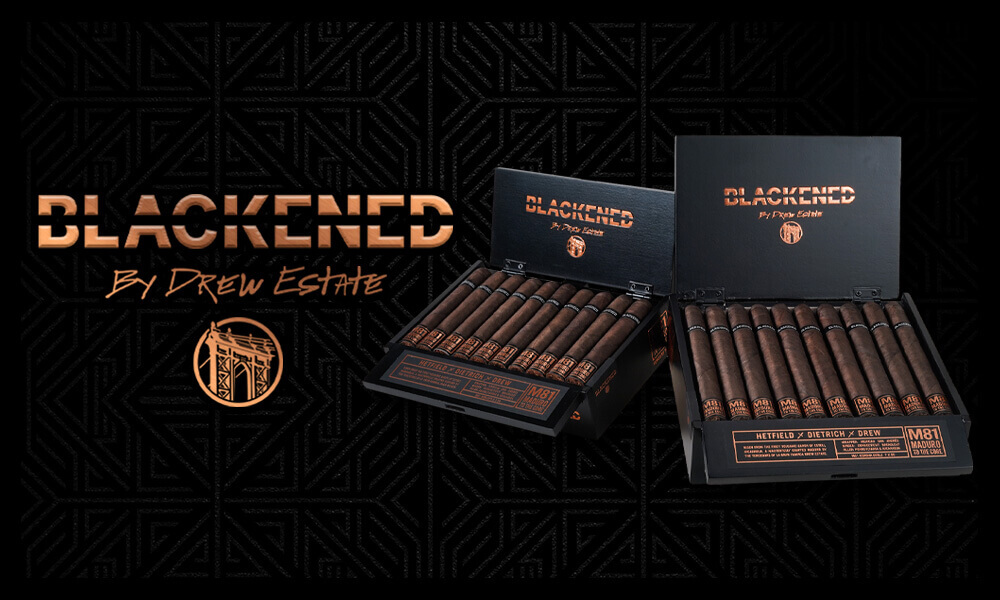 BLACKENED Cigars “M81” by Drew Estate is a passion project that brings together three immensely talented and vastly experienced cigar enthusiasts—Jonathan Drew, Founder and President of Drew Estate; James Hetfield, Metallica co-founder, singer and guitarist; and Rob Dietrich, the Master Distiller and Blender of BLACKENED American Whiskey. The collaboration began with Hetfield and Dietrich, who frequently enjoy cigars together.

“It is really a fun social thing for me, a fellowship, to have a few buddies sit around with a few sticks,” Hetfield says. “My buddy, Rob Dietrich, BLACKENED’s Master Distiller, and I frequently enjoy cigars together and he introduced me to Jonathan from Drew Estate. The three of us connected and shared each other’s vision and story about where we’ve been, what we like to see and what is important to us now, and we all came up with what a BLACKENED ‘M81’ Cigar would look and taste like. I love the Maduro leaf and I’m super excited for everyone to try this.” 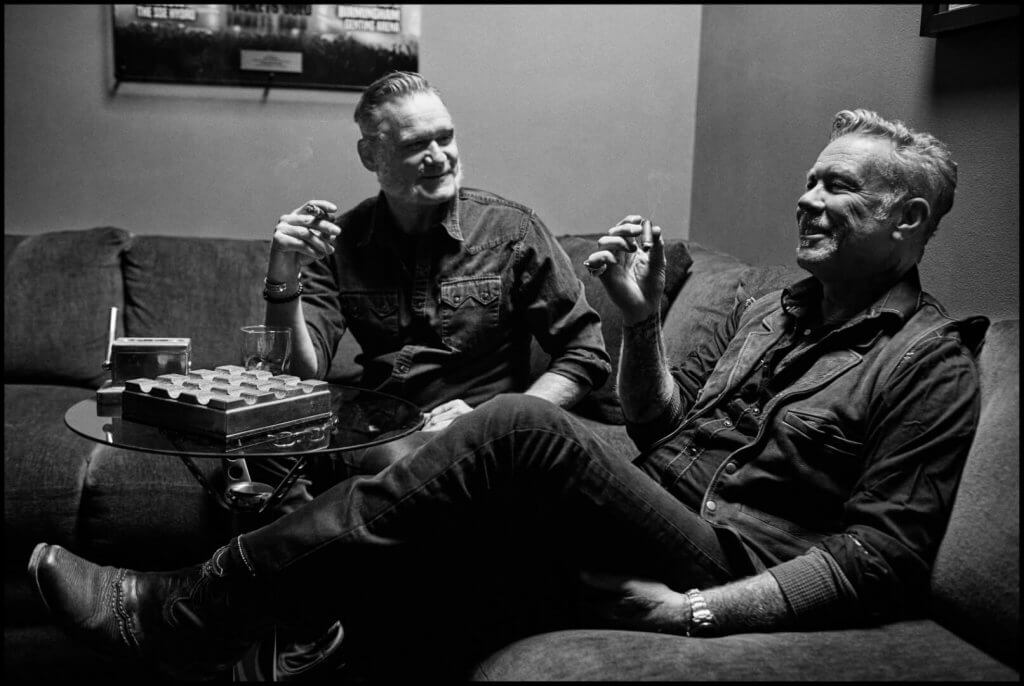 Having been friends for well over a decade, Dietrich and Drew always wanted to combine their talents to collaborate on something special, and this seemed to be the perfect opportunity. Samples from the Drew Estate portfolio were sent to Hetfield and Dietrich who kept cigar journals to critique the cigars and identify what they liked and disliked about each one. After two years of enjoying and sampling cigars together, the group decided on the exact flavor profile that would become BLACKENED Cigars “M81” by Drew Estate.

“This was a project that was purely born from passion …for music, for fellowship, for life, and all the in-between moments within,” says Dietrich. “James, Jonathan and I worked together to create what we feel like is the perfect cigar. The result is truly a monster of flavor—all-maduro, designed with definitive depth for darker and bolder palates.”

“Hetfield, Dietrich, and the DE team have dedicated an immense amount of time into this historic brand,” adds Drew. “BLACKENED Cigars ‘M81’ by Drew Estate reveals layer-after-layer of Maduro’s deepest, darkest, most magical, and mysterious character that narrates a defining story of just one thing … passion!!!”

Rob Dietrich is the Master Distiller and Blender of BLACKENED American Whiskey, and the former Master Distiller for Stranahan’s Colorado Whiskey. Dietrich has more than 15 years in the industry and is well-regarded for his unique limited-release, cask finish expressions such as Snowflake, Sherry Cask and more recently, the Masters of Whiskey series. Dietrich is responsible for every aspect of production and is committed to not only maintaining the original recipe of BLACKENED, using artisanal methods and a handcrafted approach, but is also dedicated to creating contemporary and unique world-class whiskey. Dietrich initially learned the art and science of distilling from legendary distiller Jess Graber whom he proudly calls his mentor. His passion for music was honed throughout 10 years spent in the music business, beginning with working with Bill Graham Presents, and also as a freelance agent for a variety of venues like Colorado’s Red Rocks Amphitheater and The Fillmore in San Francisco and Denver, as well as producing and managing many tours and festivals. He is a veteran of the U.S. Army’s 10th Mountain Division and served from 1992 to 1995. His two tours in Somalia, as well as relief operations in Haiti, helped shape his life-affirming philosophy.

Established in 2018, Sweet Amber Distilling Co. is a producer of hand-crafted spirits. Helmed by Co-Founder and CEO John Bilello, Sweet Amber launched with the creation of BLACKENED—a masterful collaboration between late whiskey luminary Dave Pickerell and rock icons Metallica, which is now available in all 50 states and parts of Canada, with plans to expand rapidly. Sweet Amber is a nimble, dynamic organization that is completely virtual, allowing a greater flexibility, efficiency, and geographic coverage across the U.S. with depth of experience in the spirits and music industries.

Formed in 1981 by drummer Lars Ulrich and guitarist/vocalist James Hetfield, Metallica has become one of the most influential and successful rock bands in history, having sold nearly 120 million albums worldwide and generating more than 15 billion streams while playing to millions of fans on all seven continents.

The band’s several multi-platinum studio albums include Kill ‘Em All, Ride The Lightning, Master of Puppets, … And Justice for All, Metallica (commonly referred to as The Black Album), Load, Re-Load, St. Anger, Death Magnetic, and most recently Hardwired…to Self-Destruct, released in November 2016 and charting at #1 in 32 countries. Metallica’s awards and accolades include nine Grammy Awards, two American Music Awards, multiple MTV Video Music Awards and a 2009 induction into the Rock & Roll Hall of Fame. In June of 2018, the band was awarded one of the most prestigious musical honors in the world: Sweden’s Polar Music Prize.