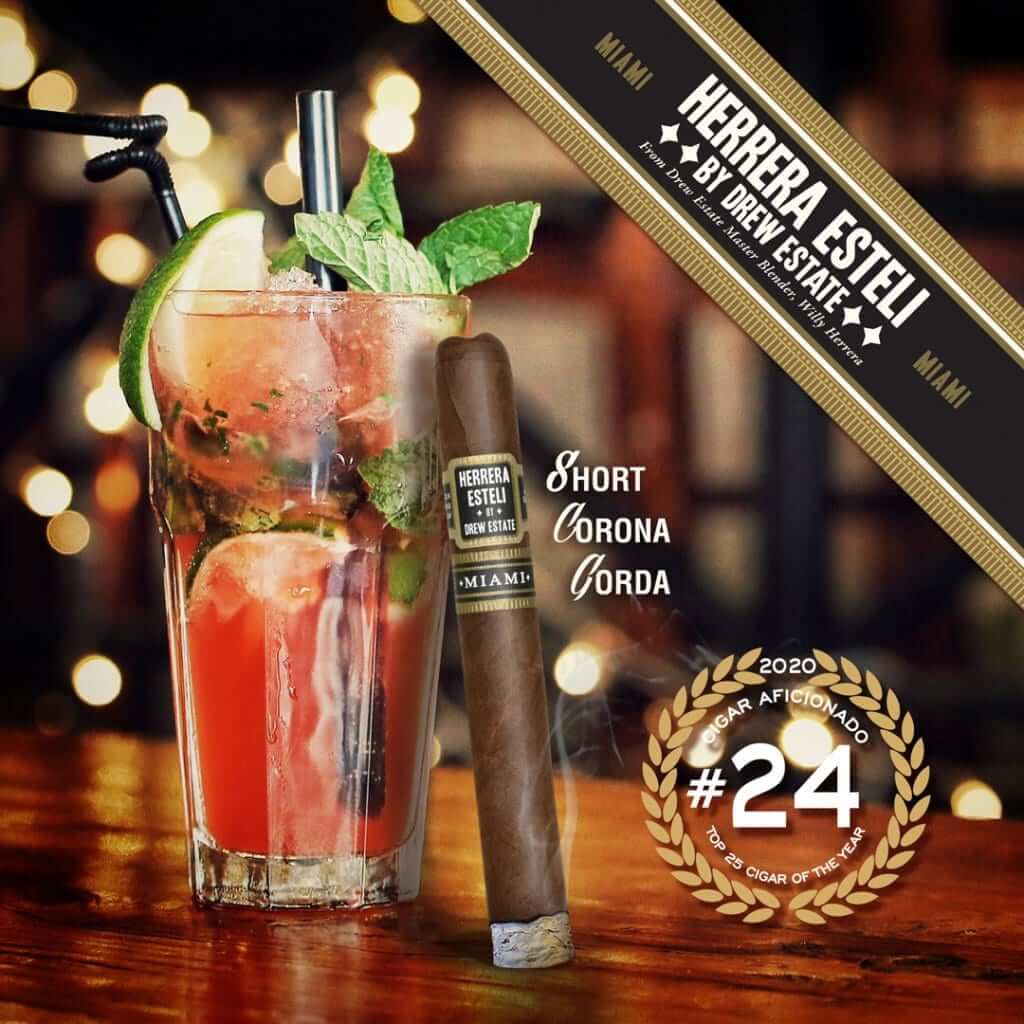 Cigar Aficionado’s top 25 list is the end of year cigar list that tends to attract the most attention, so when a cigar from JDN or Drew Estate makes the list we are extra excited for the honor. This year was no different, Herrera Esteli Miami and the Numero Uno from Joya were both featured!

Coming in at number 24 on Cigar Aficionados 2020 Cigar of The Year list is the Herrera Esteli Miami Short Corona Gorda! Coming off the number 25 spot last year for the Miami Toro Especial, Herrera Esteli has impressed again. Cigar Aficionado states: “The Herrera Esteli Miami Short Corona Gorda is the only cigar in our Top 25 that’s made in the U.S.A. Rolled at the small El Titan de Bronze factory in Miami’s Little Havana, the cigar is a homage to a shrinking industry. In America, only a few cigar factories remain.” Herrera Miami is going to be the featured cigar during our Herrera Esteli Virtual Events, for a full list head to drewestate.com/events.

It should be no surprise that Joya de Nicaragua’s Numero Uno has made it on another Top 25 list. The cigar originally intended to be handed to diplomats then became an event cigar and has now made a splash on just about every review site out there. Cigar Aficionado named the Numero Uno their #6 Cigar of The Year for 2020! From CA’s write up: “Although it’s certainly easy to make a mild cigar, it’s difficult to make a mild smoke that’s actually interesting and flavorful. Joya de Nicaragua, Nicaragua’s oldest producer of premium cigars, has accomplished this blending feat with its Número Uno L’Ambassadeur, a light cigar of both character and understatement.”

We are so thankful to our friends at Cigar Aficionado for the honor of being included in their Top 25 Cigars of 2020 list: For the full write ups and list head to https://www.cigaraficionado.com/top25/2020 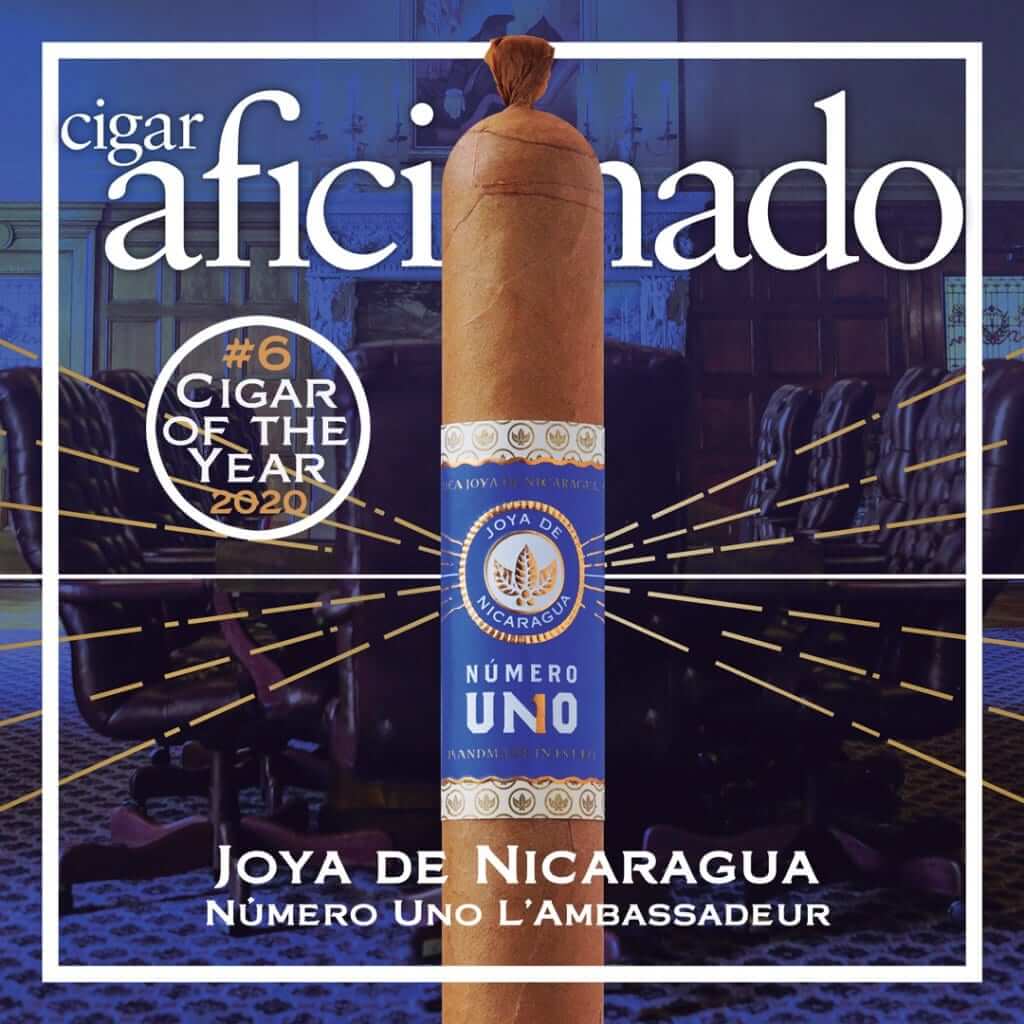