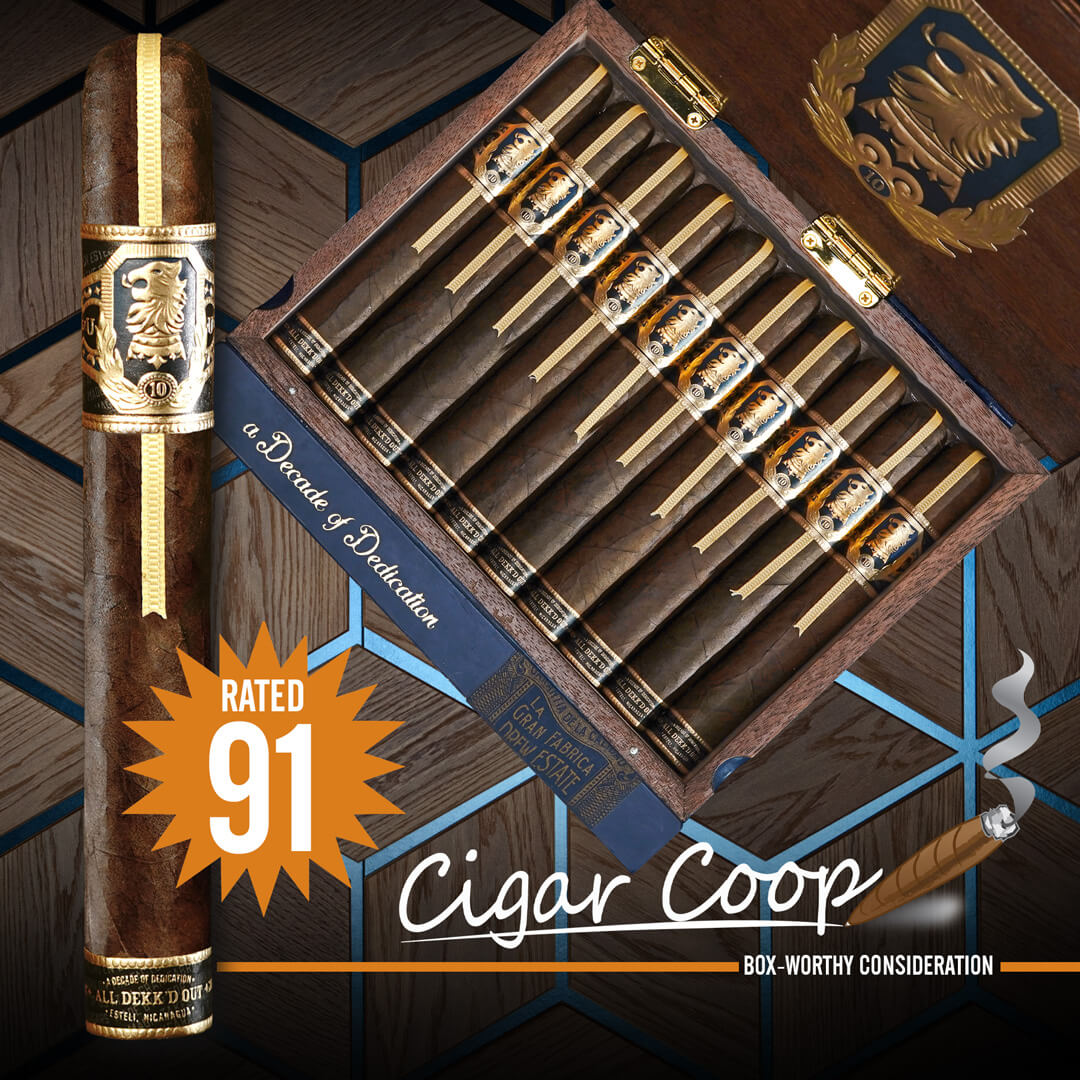 Cigar Coop recently reviewed the Undercrown 10 Toro and gave it high marks! We consider William Cooper proprietor of Cigar-Coop.com one of the most respected news and review sites in the cigar industry which is why we were thrilled to see his recent review of the Undercrown 10! Coop gave the UC10 a box worthy score of 91!

This review is additionally special for both us and Coop because Cigar Coop named Undercrown as the most impactful cigar brand of the decade! Click here to read that article

Here are some snippets of the review:

“The Mexican San Andres wrapper of the Undercrown 10 Toro has an elegance to it while maintaining some of the ruggedness the San Andres leaf is associated with. It’s a dark espresso-bean colored wrapper.”

“In the end, I would recommend this to a more experienced cigar enthusiast, but this could be a cigar to try for the novice looking for something “medium plus” and with some spice. As for myself, this is a cigar I would smoke again and it’s one that garners box-worthy consideration. At 91 points, this cigar exceeds the threshold of the Cigar Coop Standard of Excellence.”

Undercrown 10 was released in May, the Toro is a 6 x 52 and comes in a 20 count box. It has a Mexican San Andreas Wrapper, a Connecticut Broadleaf Binder and filler tobaccos from different regions of Nicaragua.

If you would like to read the full review head to: https://cigar-coop.com/2021/10/cigar-review-undercrown-10-toro-by-drew-estate.html