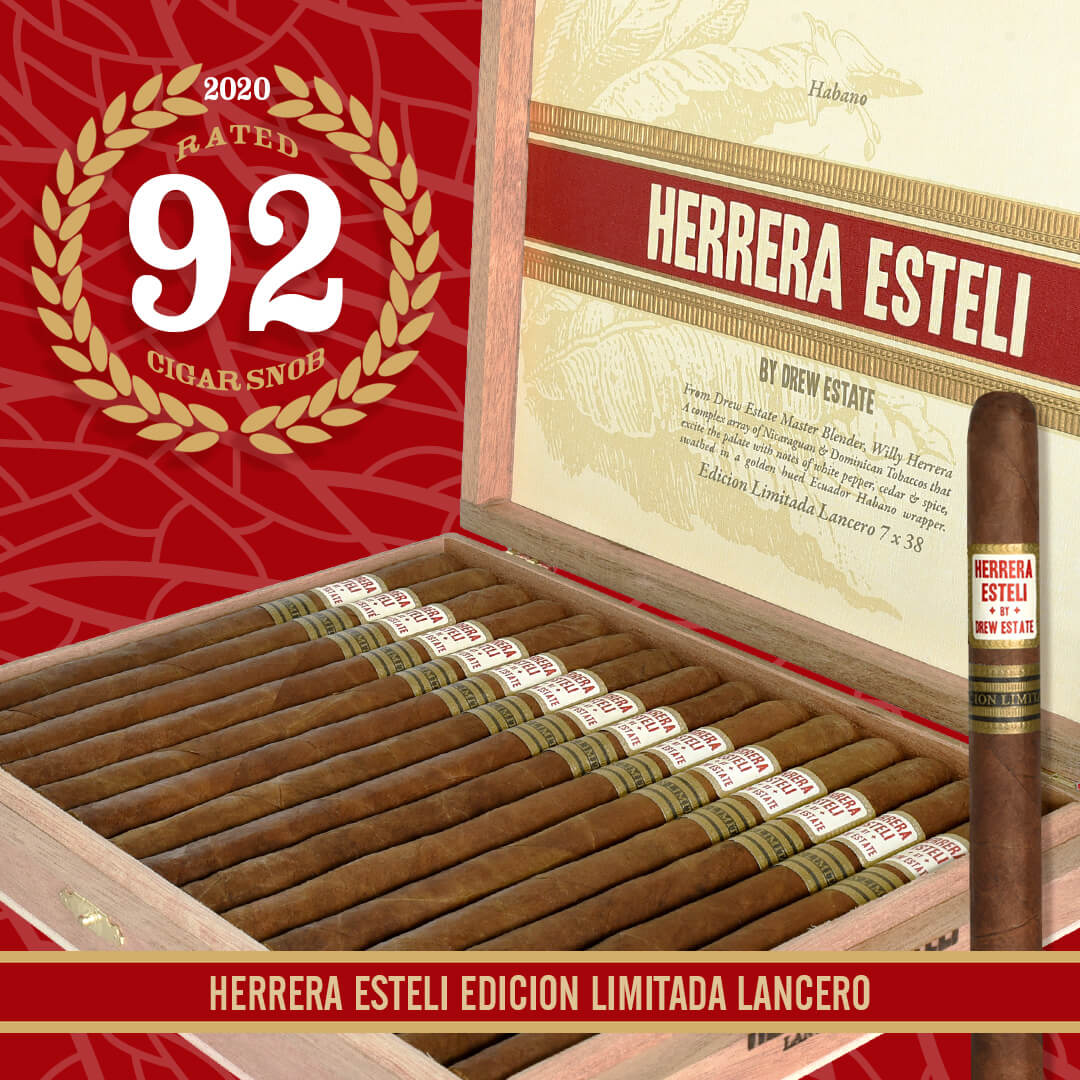 Drew Estate is proud of its performance in the January/February Edition of Cigar Snob, highlighted by a 92 for Herrera Esteli!

Originally released in 2014 the Herrera Esteli Habano Edicion Limitada is wrapped in an Ecuadorian Habano, with a rich Honduran binder and elegant and nuanced Nicaraguan fillers. This Lancero was built luxuriously. Due to the skill required in rolling the 7×38 Lancero vitola, there are only 4 pairs of rollers at La Gran Fabrica allowed to roll this cigar.

On this cigar Master Blender Willy Herrera adds, “The lancero is a notoriously difficult vitola to master both from a blending and rolling perspective. The same rollers who make the L40 are assigned to this special blend since they’re the best of the best. We took our time here at the factory when we decided to re-release this cigar so that every aspect from flavor to construction is perfection.”

Cigar Snob notes the cigar is, “a highly aromatic and balanced blend with a core of deep pepper, cedar, subtle earth and toasted almond completed by a touch of butterscotch and cinnamon. Produces an excellent smoke output along a perfect draw and burn.”

Drew Estate also scored a pair of 91 ratings in this issue for the Herrera Esteli Brazilian Maduro Short Corona Gorda and our partnership with Crowned Heads La Coalicion Toro which was blended by Willy Herrera and produced at La Gran Fabrica Drew Estate!

Many thanks to the team over at Cigar Snob for their excellent reviews!