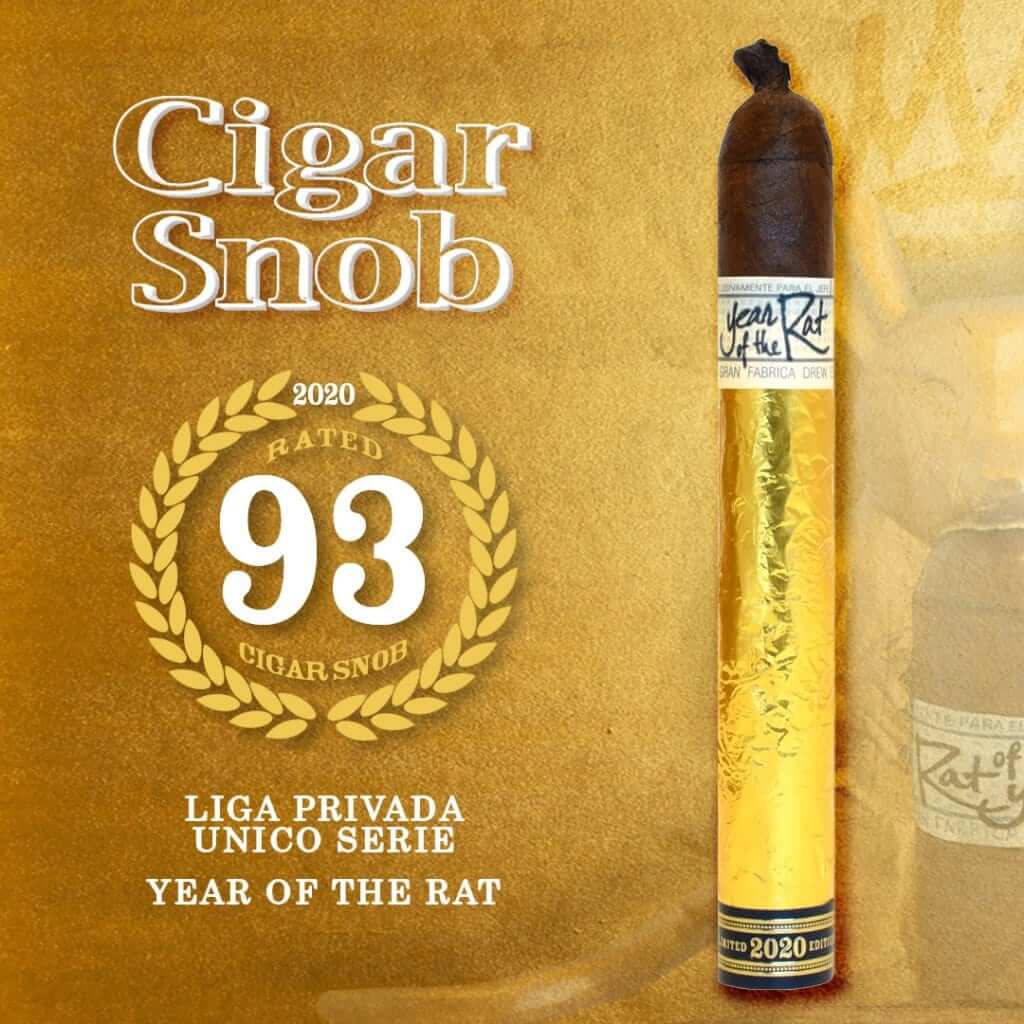 2020 continues to be a huge year for the Liga Privada Unico Serie Year of The Rat with a score of 93 in the July/August issue of Cigar Snob! Two Drew Estate cigars and two Joya de Nicaragua got reviewed in the latest issue of Cigar Snob and each preformed admirably! Don’t take our word for it check out the reviews below.

“Impeccable construction and covered with a flawless, oily, dark brown wrapper and topped with a perfect fantail cap…”

“Beautifully produced with a golden colored wrapper and topped with a pigtail, this mild to medium strength blend is rich and creamy with notes of wood, earth and soft pepper…”

“An impeccably constructed thick Robusto covered with a clean, light brown wrapper with a flavorful and balanced core of cedar, nuts and cinnamon with a hint of earth and light pepper in the background.”

“A well-balanced blend with a flavorful profile of earth, dark chocolate, black cherry, and roasted nuts accompanied by a touch of spice…”

The team at Joya de Nicaragua is used to the Numero Uno getting rave reviews at this point, with the L’Ambassadaduer (a 6 5/8 x 44) getting multiple cigar of the year awards from both Halfwheel in 2018 and Cigar Dojo in 2019. The Joya de Nicaragua Numero Uno Le Premier is a 6 7/8 x 48 with a rich and beautiful Connecticut wrapped and a perfect fantail cap.

The Liga Privada Year of the Rat also features a fantail cap, but opts for a rich and delicious Connecticut Broadleaf wrapper. The 5 ½ x 46 Corona has gold foil packaging and comes in a 10 count box. Year of the Rat is available at all Drew Estate Virtual events until the end of the year, head to drewestate.com/events to find the full list of Virtual Events. 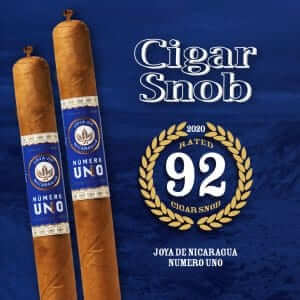