Cigars and Spirits Magazine Awards Undercrown 10 Cigar of The Year 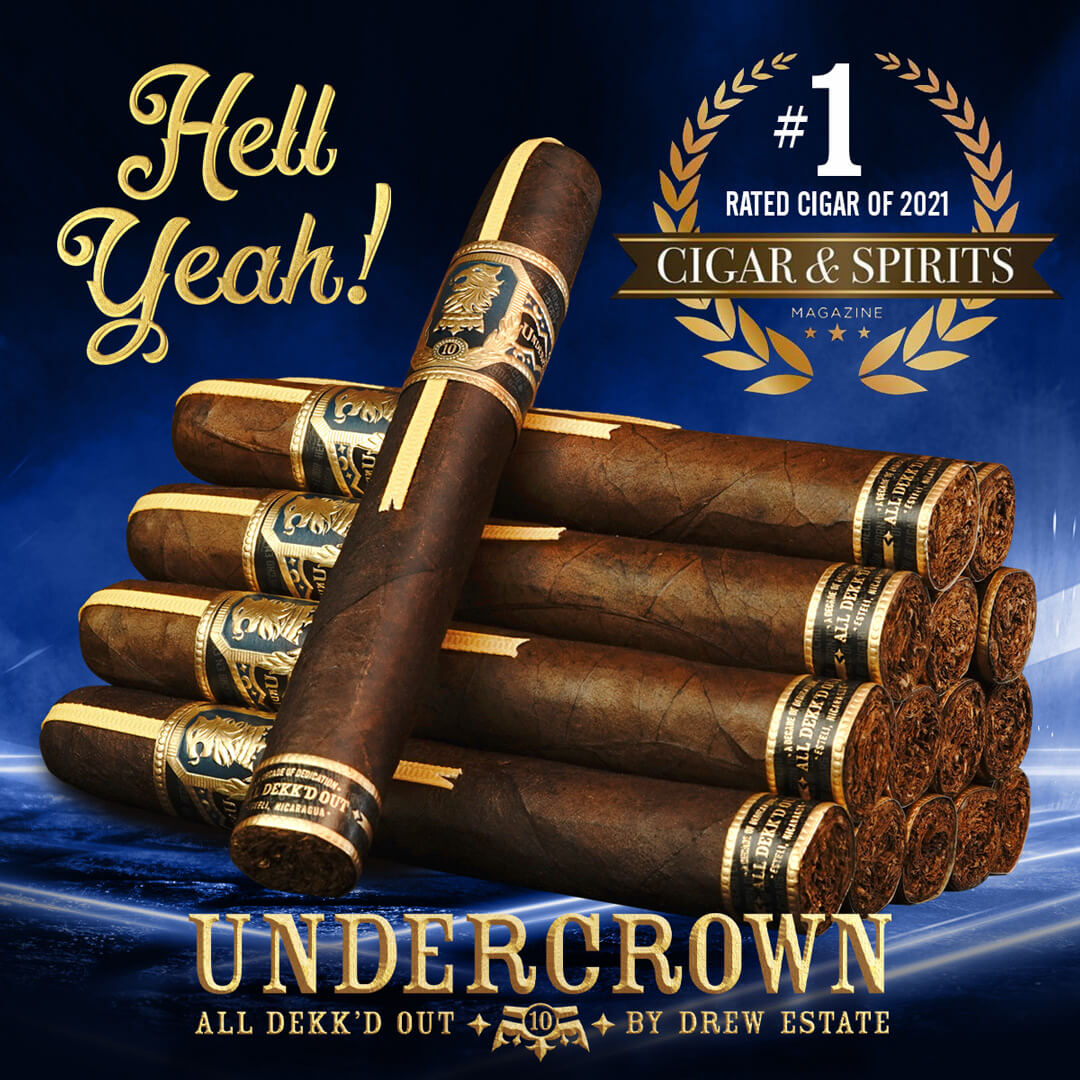 Cigars and Spirits Magazine Awards Undercrown 10 Cigar of The Year

Cigars and Spirits Magazine started 2021 by releasing their top 20 cigars of 2021 list and Drew Estate won some big time awards! Not only was Undercrown 10 awarded the top spot as cigar of the year, but Liga Privada H99 was also given the #11 spot in this esteemed countdown. For those of you that are unaware Cigars and Spirits magazine is one of the premier lifestyle and cigar magazines out there. They not only focus on top-tier cigar content with great reviews, amazing columns and articles, they also have amazing reviews on some of the best spirits in the business and how to pair them with your favorite cigars. Cigars and Spirits also offers a few in person tasting events for those that like to sample different spirits with their favorite smokes. Their January issue featuring their entire top 20 lists is available now, head to https://cigarandspirits.com to subscribe or head to your nearest cigar shop and ask for a copy.

Undercrown 10 was released in 2021 to commemorate the 10th anniversary of the Undercrown brand. It debuted with new sophisticated packaging is surpassed only by Undercrown 10’s complex, rich and bold blend of ultra-premium aged tobaccos that includes the highest priming of Mexican San Andres dark wrapper, the very finest Broadleaf binder from the Connecticut River Valley, and a tripa blend of select and rare Nicaraguan tobaccos.

Lincoln Salazar, CEO and Publisher of Cigars & Spirits Magazine adds, “We were very excited to see Undercrown 10 by Drew Estate take the #1 cigar this year we know their team works very hard to bring consumers an amazing cigar experience with the utmost premium tobacco. Our blind tasting panel with over 100 years combined experience really nailed it this year on all of our top 20 picks”

Liga Privada H99 debuted in 2018 to celebrate the 10th anniversary of Liga Privada. The H99 is an amazing hybrid of corojo seed tobacco grown in the Connecticut River Valley here’s a quote on H99 from the founder of Drew Estate “Following the revolution in Cuba, the Corojo seed took roots in Florida, Nicaragua, and Honduras. Growing Corojo in new climates produced mixed results and much heartache for those who chose to grow it. By creating hybrids of Corojo the leaf was reborn keeping all of its spice and potency intact. Hibrido or Hybridization is a farm-level process utilized for decades to create tobacco that is disease resistant, but also to display the qualities of an unmatched capa.”

Thanks again to our friends at Cigars and Spirits for the honor of being their cigar of the year!