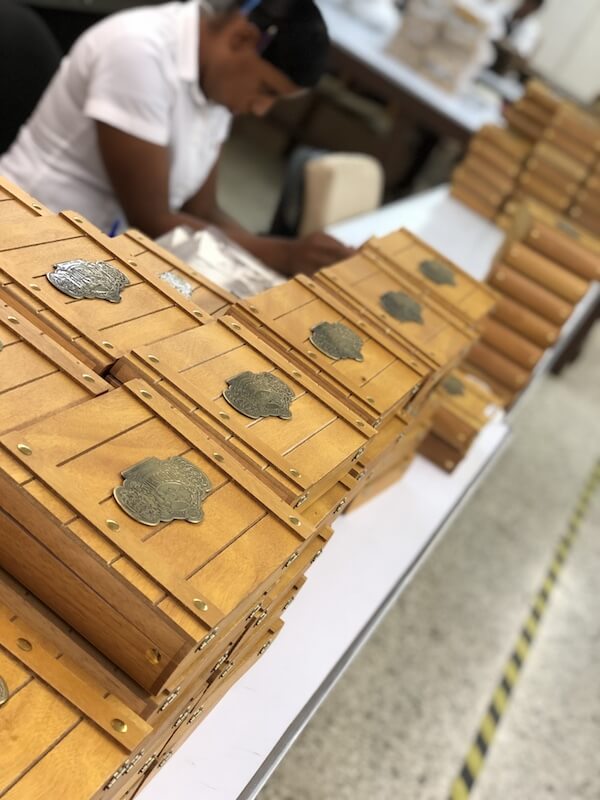 Daybreak offers the ultra-premium quality expected of the Debonaire product line, wrapped in Ecuadorian Connecticut Shade, smokers can expect crisp notes of spice and earthiness from the Central American fillers, a nutty and sweet richness from the Dominican tobacco in the binder and filler with a smooth finish.

Daybreak is offered in 20 count boxes in the following sizes:

Phillip S. Zanghi III, of Debonaire Ultra Premium Cigars: “November is an exciting month and the Debonaire Ideal is alive and well! We had a great deal of positive feedback and interest in the Daybreak line at the IPCPR. We’ve been smoking a lot of these cigars, they to continue to get better! Constantly staring at the product development this year from the box, to the inside-lid vista and the packaged product alike, Daybreak has given me a unique and nostalgic feeling of excitement in releasing another quality product into the industry I’ve been blessed to enjoy now for over 25 years. I cannot begin to express the excitement of the Debonaire lines growth, as well as the thanks and gratitude for those who enjoy my product and are willing to work with me!”

Fans of Debonaire Ultra Premium Cigars encouraged to download Drew Diplomat the official mobile application of Drew Estate – The Rebirth of Cigars which is now available in the App Store for iPhone®, and iPod Touch® and on Google Play™ for Android™. For more information head to http://drewdiplomat.com

Deboanire House, founded in 2012, is the culmination of over 20 years of premium tobacco experience and the result of Phillip S. Zanghi III’s creational drive of further pursuing authentic and betterment in premium tobacco and oneself. Debonaire House produces ultra premium lines of cigars with traditional cigar idealism, directed toward new sophistication. Within Debonaire House is also Indian Motorcycle Cigars, the expression of iconic Americana founded in 1991. Debonaire House offers distinct lines of ultra premium cigars via manufacturing located in the Dominican Republic.