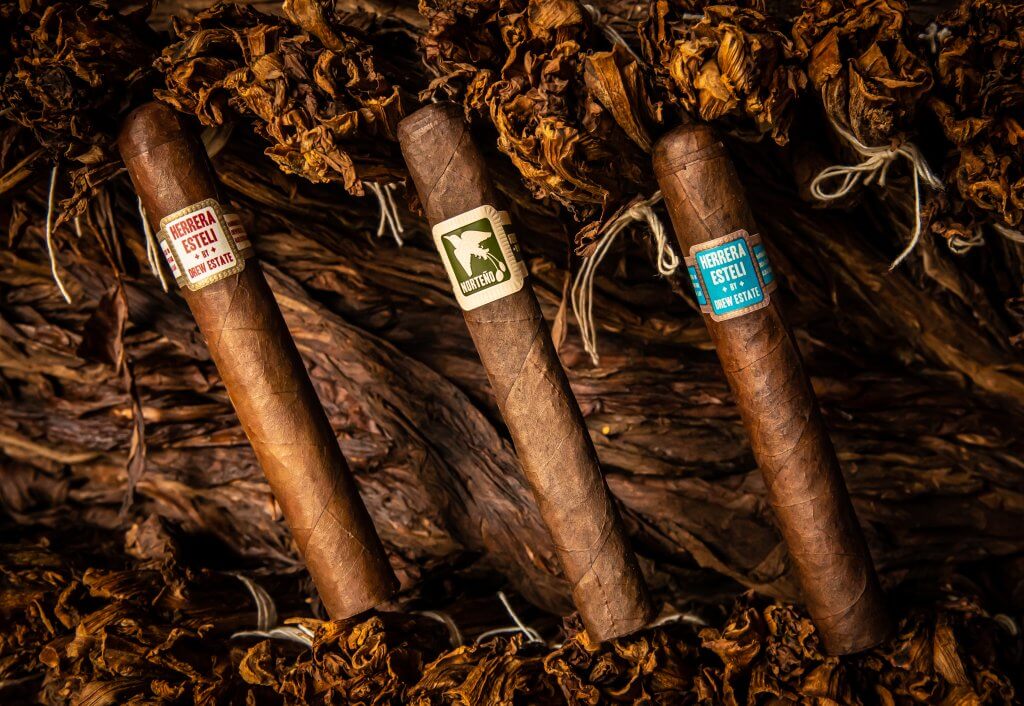 In 2012, Drew Estate hired Willy Herrera to be its Master Blender. Before coming to Drew Estate, Willy was the blender and master cigarmaker at El Titan de Bronze, a small cigar factory on Calle Ocho in Miami’s Little Havana neighborhood, which is owned by his mother-in-law. Drew Estate brought Willy onboard to diversify its premium cigar portfolio to include more traditional Cubanesque cigars. Two years later, Drew Estate released Herrera Estelí Habano, the first cigar that Willy created for the company. Herrera Estelí Habano was an instant success and received the highest ever Cigar Aficionado rating for a Drew Estate cigar to that point and was even named the No. 8 best cigar in the magazine’s Top 25 list for 2013.

Since the initial Herrera Estelí release in 2013, Drew Estate has introduced three other expressions in the Herrera Estelí line: Norteño, Brazilian Maduro and Miami. Every Herrera Estelí cigar is constructed using the traditional Cuban entubado bunching technique, an extremely difficult and complex method in which each individual filler tobacco leaf is rolled into itself to form a tube and then the several tubes that make up the filler tobacco blend are bunched together. The result is a cigar that more easily allows air to travel through its length and brings more of the tobaccos’ flavor and aroma characteristics to the smoker’s palate. Every Herrera Estelí cigar also features a triple cap—the traditional Cuban way that closes the head using two additional pieces of wrapper leaf but looks like there are three seams at the head. Triple cap cigars have an especially pleasing appearance and they are less likely to unravel if a cigar smoker accidently cuts too much off the cigar before lighting it.

“Triple cap is prettier than a single cap,” Willy says. “It’s a beautiful look with the three lines and you know by seeing a triple cap that it’s a quality cigar that the rollers took care to make.”

The following is a brief description of each of the four expressions in the Herrera Estelí lineup, including some explanations from Willy himself as to how each blend developed and what sets it apart.

Willy estimates that he tried between 50 to 75 different blend varieties in his first 18 months at Drew Estate before discovering the blend that “wowed” him and became Herrera Estelí Habano. A lot of companies use Habano wrappers for their cigars and there’s nothing special about the tobacco variety by itself. Rather, according to Willy, Habano wrapper shines when it’s part of a great blend.

“Habano wrapper is Habano wrapper,” Willy says. “Habano was a fairly familiar tobacco for me and I worked on it heavily at El Titan de Bronze, so I knew its characteristics and profile. You can use Habano for a wide range of cigars. It’s a very flavorful tobacco. What makes the Herrera Estelí Habano a high-quality cigar is the blend, and it’s the blend that makes the Habano distinguishable. Herrera Estelí Habano is one of those cigars that you gotta smoke. It has the right mouth feel and the flavor’s right… There’s no aftertaste, Herrera Estelí Habano has the right spice, sweetness, complexity and body.”

Box-pressing Herrera Estelí Norteño gives the cigars a distinctive flavor profile, changes the feel of the cigar in a smoker’s mouth and alters the airflow. Willy describes the San Andres tobacco as being “finnicky that doesn’t work well with many other seed types” so he had to be even more selective in his choice of binder and filler tobaccos to complete the blend. Willy chose a Honduran Criollo binder and slightly bolder Nicaraguan tobaccos from Estelí and Jalapa to construct a “fuller-bodied cigar that is still smooth and balanced.”

“Norteño is so different from everything else in the portfolio,” Willy explains. “It has a lot of flavor and spice. Norteño falls between the Undercrown and Liga Privada cigars in our portfolio and it’s way more balanced and smoother. Norteño caresses you with its smoothness and balance but it’s still full-flavored. Norteño has a rich taste but it doesn’t punch you in the face.”

Brazilian Mata Fina is an expensive tobacco to use because it’s low-yield and its leaves are typically small and thin. There aren’t many tobacco growers who cultivate Mata Fina, but its smooth and floral characteristics contribute a lot to make a cigar extra special.

“When I tried Mata Fina, I feel in love with the wrapper—the sweetness and earthiness of the tobacco is unlike any other,” Willy says. “It is smooth with floral notes but still full-flavored. Herrera Estelí Brazilian Maduro is a balanced cigar—everything is working together to create a depth of flavor from all the different tobaccos. Every puff is so good and the balance of the flavors work in unison. The cigar flows and its richness does not overpower you.”

Released in 2018, Herrera Estelí Miami is a homecoming of sorts for Willy—it’s the first cigar he has made at El Titan de Bronze since joining Drew Estate in 2012. A Drew Diplomat Retailer exclusive product, Herrera Estelí Miami uses a higher priming of Ecuadorian-grown Habano wrapper, giving the cigar an oily and pristine appearance. It also uses Medio Tiempo tobacco in the filler blend. Medio Tiempo are the leaves that grow on the stalk after all the other tobaccos have been picked. The leaves receive all the nutrients from the soil and all the sunlight, so they are extra flavorful and powerful.

“It’s like having the pick of the litter,” Willy comments. “It’s the biggest dog, all the other ones are adopted and this one gets everything that is left over. A lot of people don’t have access to Medio Tiempo because it doesn’t grow everywhere, and the growers keep it for themselves. You have to have very good relationships with the growers to be able to find it. Because of Medio Tiempo’s strength, you need to use just a little of the tobacco or it will overpower the cigar. Medio Tiempo intensifies a cigar and adds strength to it that regular ligero doesn’t deliver.”

With four different expressions of Herrera Estelí now available, premium tobacconists have a wide range of options to recommend to their customers who are seeking to experience Drew Estate’s take on the classic Cubanesque puro.