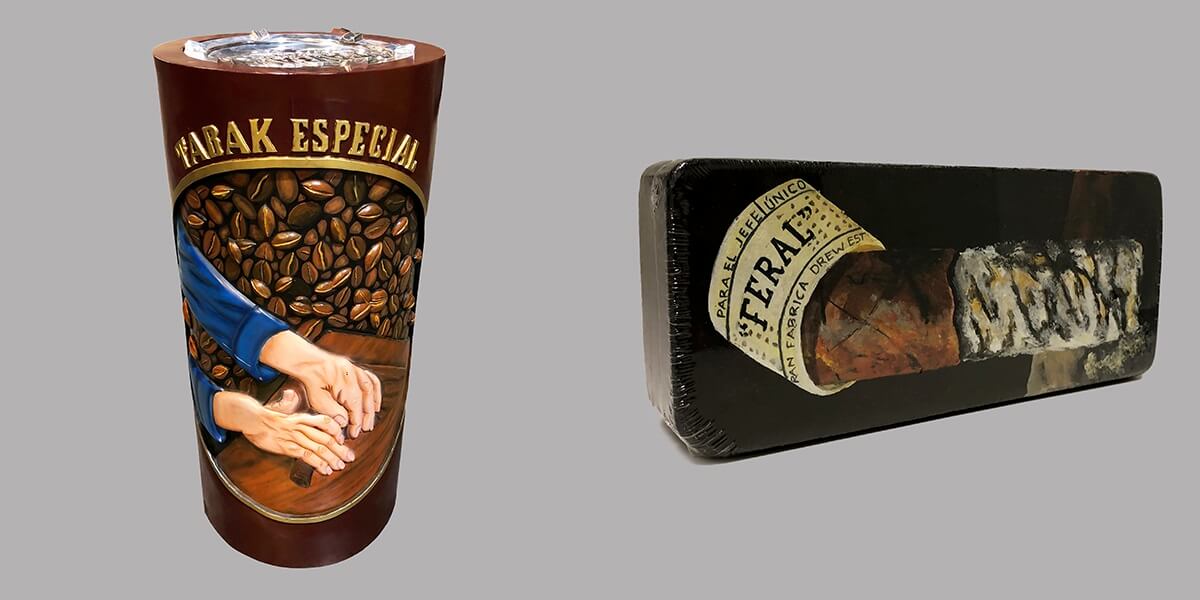 Wow, Diplomats, what a week it’s been. We capped our #FirstCigarOfTheDay contest and kicked off a couple more. Also, the Liga Privada No. 9 Corona Viva Pre-Release scored a 91 on Halfwheel which is a huge honor. Now, let’s celebrate together and give away some amazing prizes this week on Drew Diplomat. This week someone took home a gorgeous Tabak Especial Mega Standing Ashtray that looks like it will fill the room with the aroma of coffee beans. Next up, for you fans of the elusive Feral Flying Pig, we have a hand painted cigar mold that will make all your friends jealous.