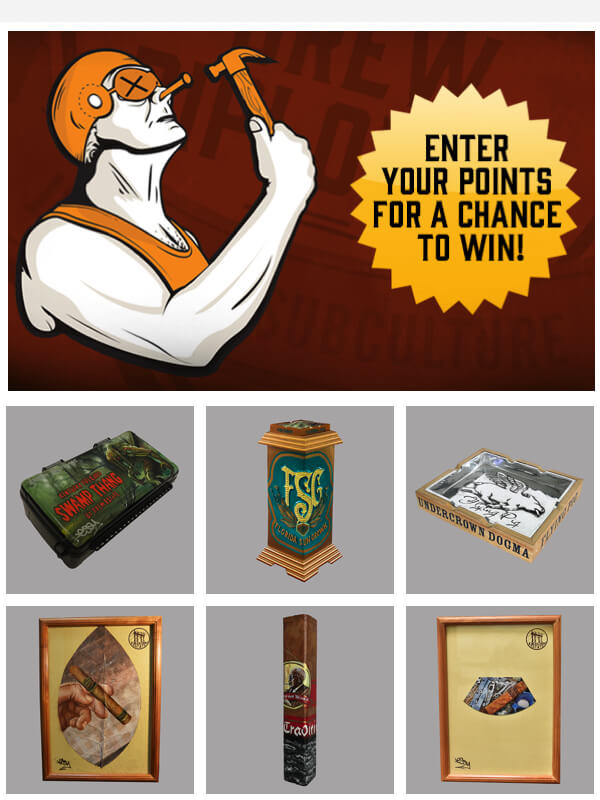 Hey Diplomats, did you survive Black Friday and Cyber Monday? We hope you didn’t have to wrestle anyone to get what you wanted. On the other hand, we have some great things you can get this week on Drew Diplomat for FREE! First up, blended by our Master Blender alongside Jeff Borysiewicz, featuring tobacco grown right here in Florida we have a Florida Sun Grown Mega Standing Ashtray! Next up, one of Willy Herrera’s first blends hand selected by Julian Van Winkle to become the Pappy Van Winkle Tradition, we have a beautiful cigar case to take with you on the go. Have a great week Diplomats!