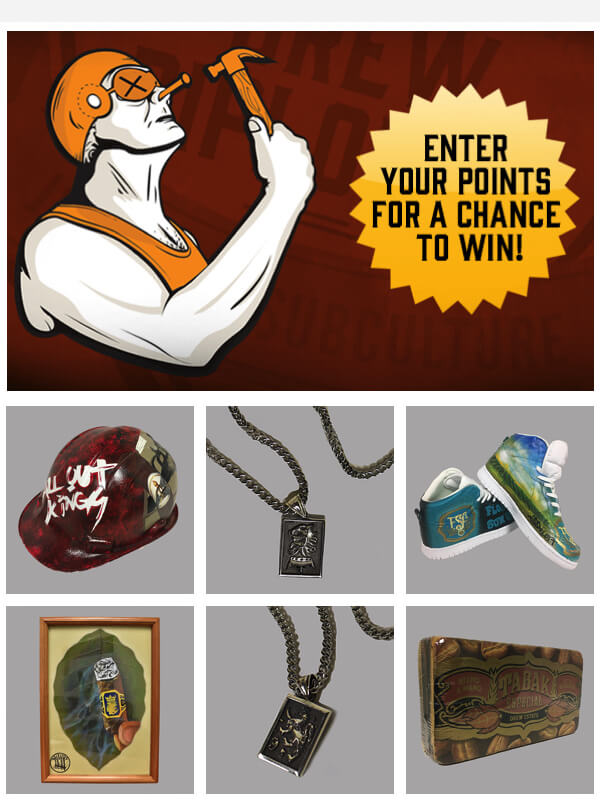 Wow, Monday has come around again. We hope you had a great weekend, and could sneak in a couple Drew Estate cigars between all your activities. Now we have some wonderful prizes we are giving away this week on Drew Diplomat. Starting with the Undercrown Maduro painted leaf with smoke just leaking from the frame, and next we have an All Out Kings hard hat that you definitely won’t want to share. Have a great week Diplomats and good luck!