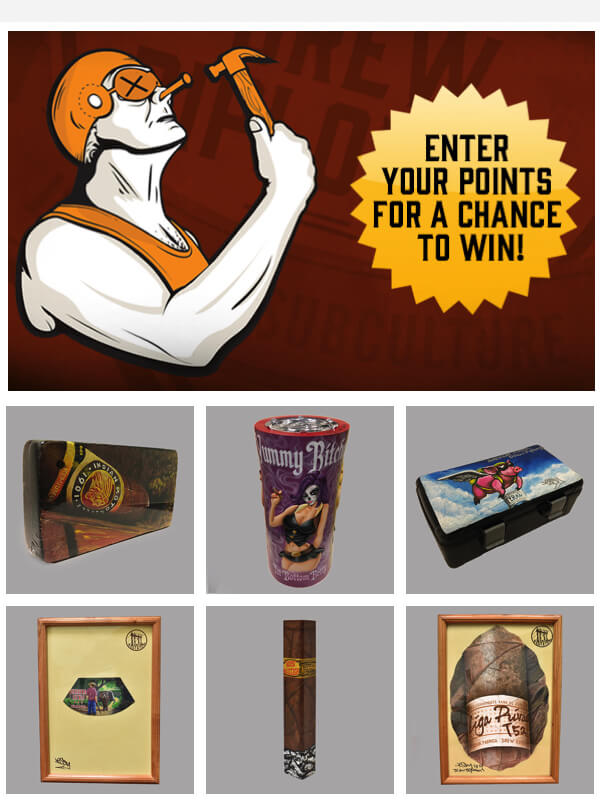 Wow, who’s ready for the finals of March Madness tonight? Pssh that doesn’t matter as we just had the finals of Drew Estate March Tin Madness and we had a shocking result. Tune in to the Drew Estate Facebook page and find out who won today! Now it’s time for some new prizes on Drew Diplomat, we have some crazy things this week including a Deadwood Sisters Mega Standing Ashtray. Next up for you Feral Flying Pig fans, you can win a Feral Flying Pig painted travel humidor and finally for those of you who love a bold cigar experience and want to carry it in your pocket, we have a Nica Rustica cigar case. Have a great week Diplomats!