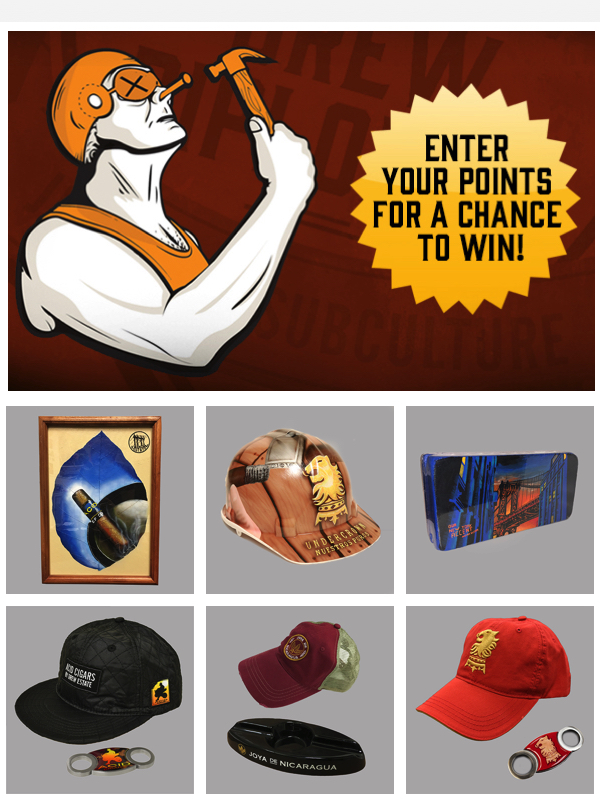 Where did the weekend go? Monday is here again, and we are ready to go to battle with the work week! To do that, we have to properly arm ourselves with cigars, specifically Herrera Estelí. Why you ask? Well our Love for Herrera contest ends tomorrow at midnight! So get smoking and be sure to enter. Now what is Monday without this weeks Drew Diplomat prizes? This week we have some fantastic prizes including electric Acid painted leaf that is positively glowing, for you who work hard play hard there is an Undercrown Maduro hard hat and finally Our New York Accent is captured in a cigar mold that will bring jealousy to all your friends. Have a great week Diplomats!