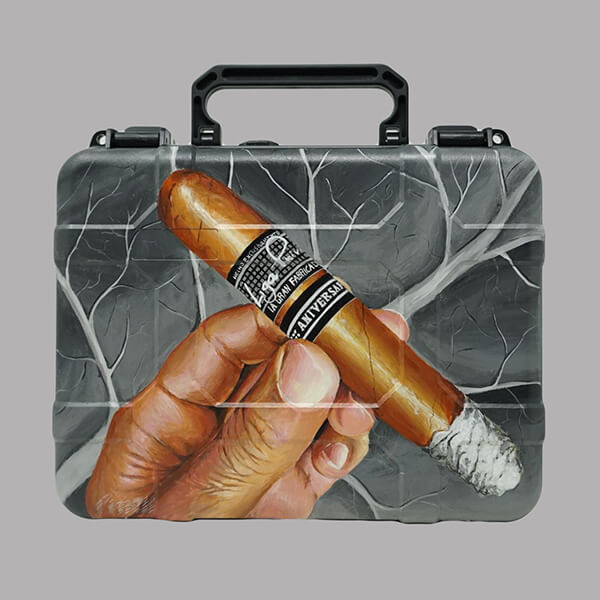 How’s it going Diplomats, are you ready for the weekend? We have had a busy week here at Drew Estate, first with the National Release of the Pappy Van Winkle Barrel Fermented to Drew Diplomat retailers and of course with our Liga Privada 10-Year Aniversario sweepstakes winners. To celebrate we are giving away a beautiful Aniversario painted travel humidor on Drew Diplomat.