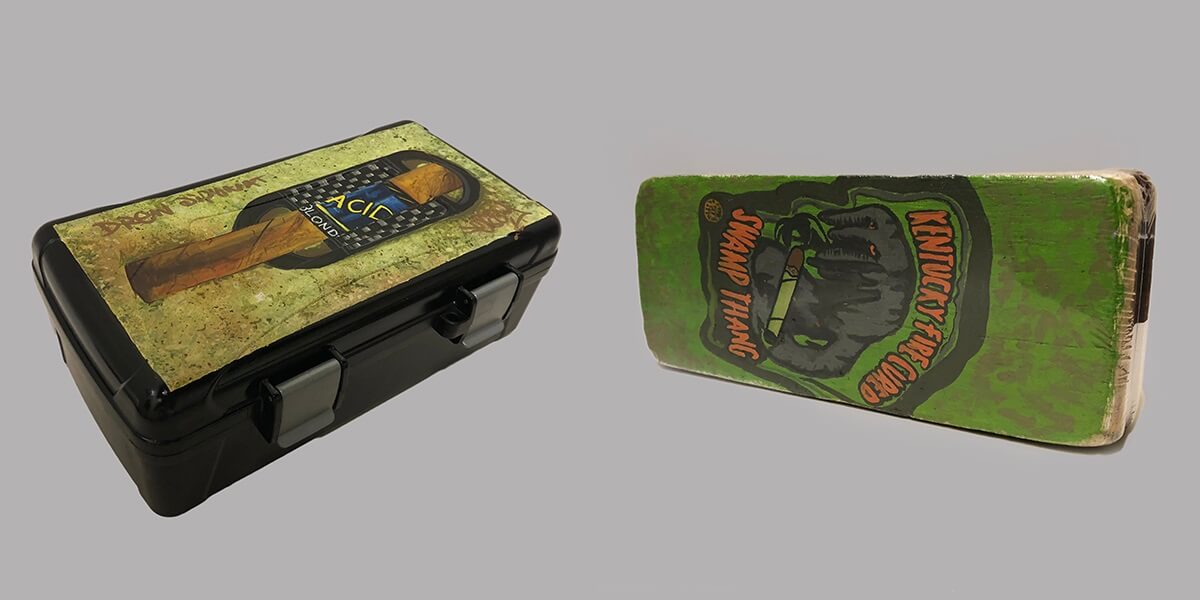 How’s it going Diplomats? It’s been a long week and it’s time to kick back with an ACID Blondie and some iced tea. You deserve to relax this weekend! Now let’s give away some prizes on Drew Diplomat! First up, since we are smoking a blondie we have a gorgeous ACID Blondie travel humidor going home with one lucky winner. Next up, for you fans of that Dark Fire Cured tobacco in a Candela wrapper, the Kentucky Fire Cured Swamp Thang, we have a beautiful mold for a special Diplomat.