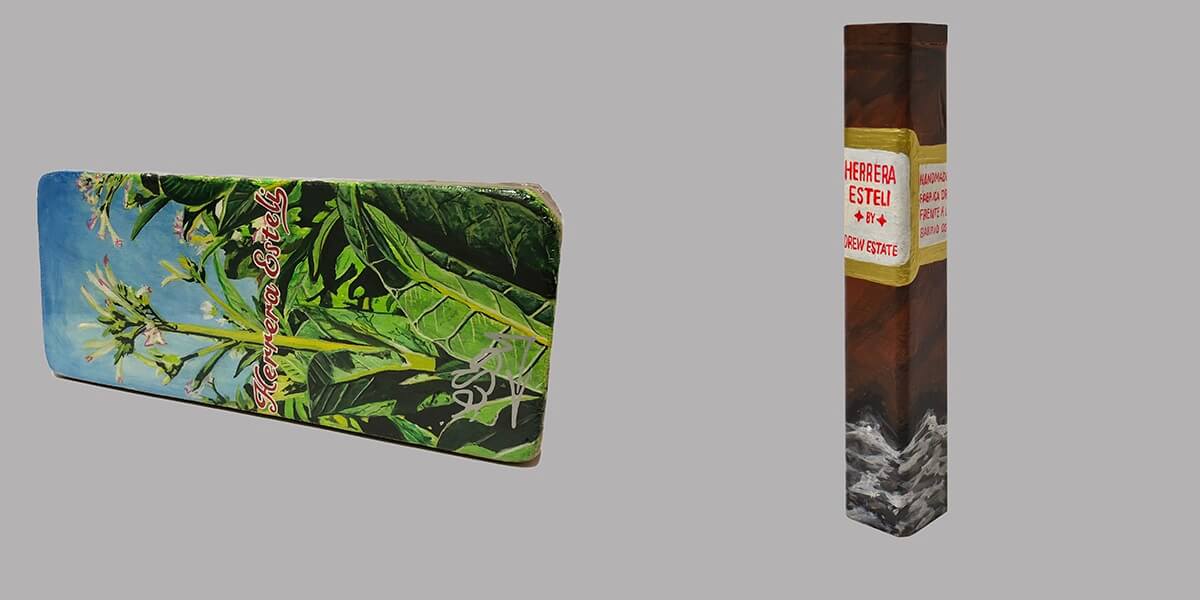 Diplomats tomorrow is the 2nd Annual Louisiana Barn Smoker! Who is coming out to learn the secrets of Barrel Fermentation? Now since it’s Friday, let’s give away some beautiful hand painted prizes this week on Drew Diplomat. First up we have a Herrera Esteli cigar mold showcasing the lush tobacco fields of Nicaragua. Next up, we have a Herrera Esteli Cigar Case so you can take your favorite stick on the go.