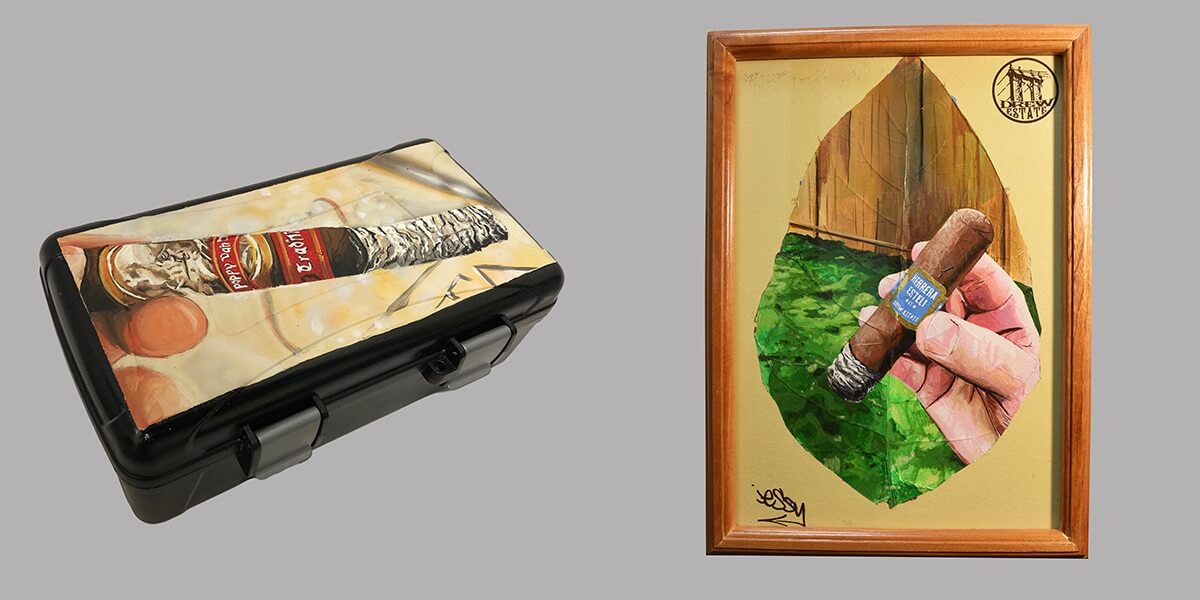 Phewww Diplomats, we are stuffed! We ate a little too much turkey yesterday and hope you had a great Thanksgiving. After all the turkey, stuffing and pie, we chose to cap our night with a spicy Herrera Esteli Norteno. Now rather than everyone spending all their money on Black Friday, we wanted to give out some great prizes on Drew Diplomat! First up, for those of you who love a fine cigar, we have a Pappy Van Winkle Tradition travel humidor. Next up, have you gone to a Drew Diplomat event and tried the Herrera Esteli Brazilian Maduro yet? Well in case you haven’t, this is the next best thing, a painted tobacco leaf from our friends at Subculture Studios