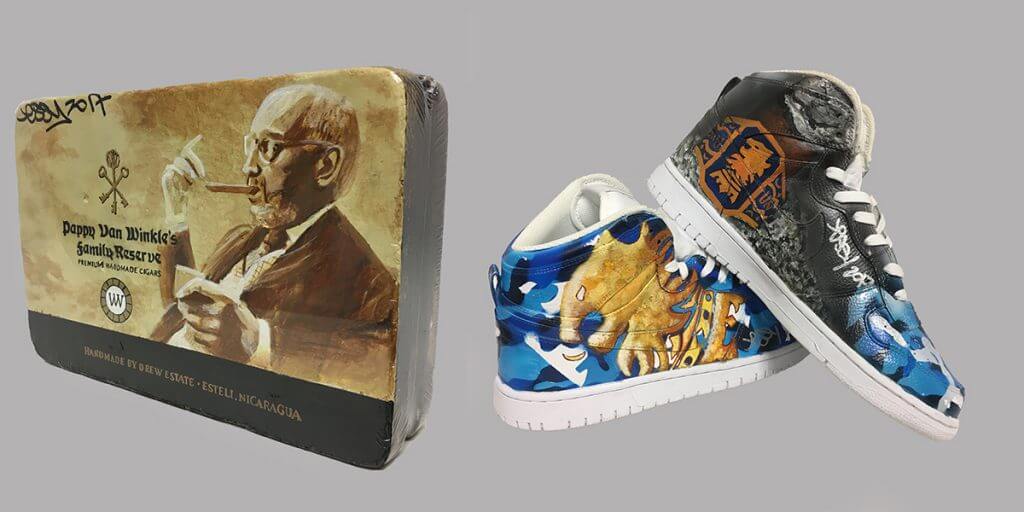 How’s it going Diplomats, still stuffed from yesterday? Did you go out and fight the crowds for some Black Friday deals today? Well we hope you take some time to relax today and light up a tasty Drew Estate cigar! Now we had some amazing prizes this week on Drew Diplomat, so even if you didn’t score a new TV today you may have won something better! This week we gave away some amazing prizes including a Pappy Van Winkle Barrel Fermented Cigar Mold that deserves a spot at your bar and a pair of Undercrown Sneakers straight off the factory floor.