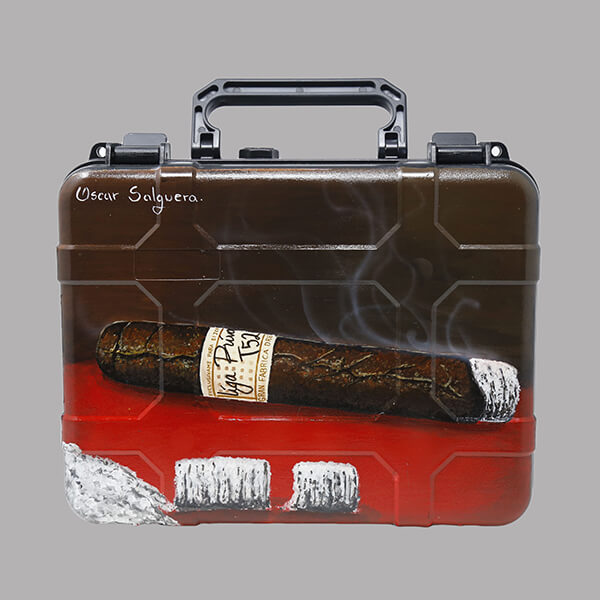 How’s it going, Diplomats? We’d like to congratulate the team at Joya de Nicaragua on being awarded the #1 Cigar of the Year by halfwheel! Now, you are here for some big prizes! This week we have a gorgeous  Liga Privada T52 handpainted 40 count travel humidor painted by the team at Subculture Studios in Nicaragua!