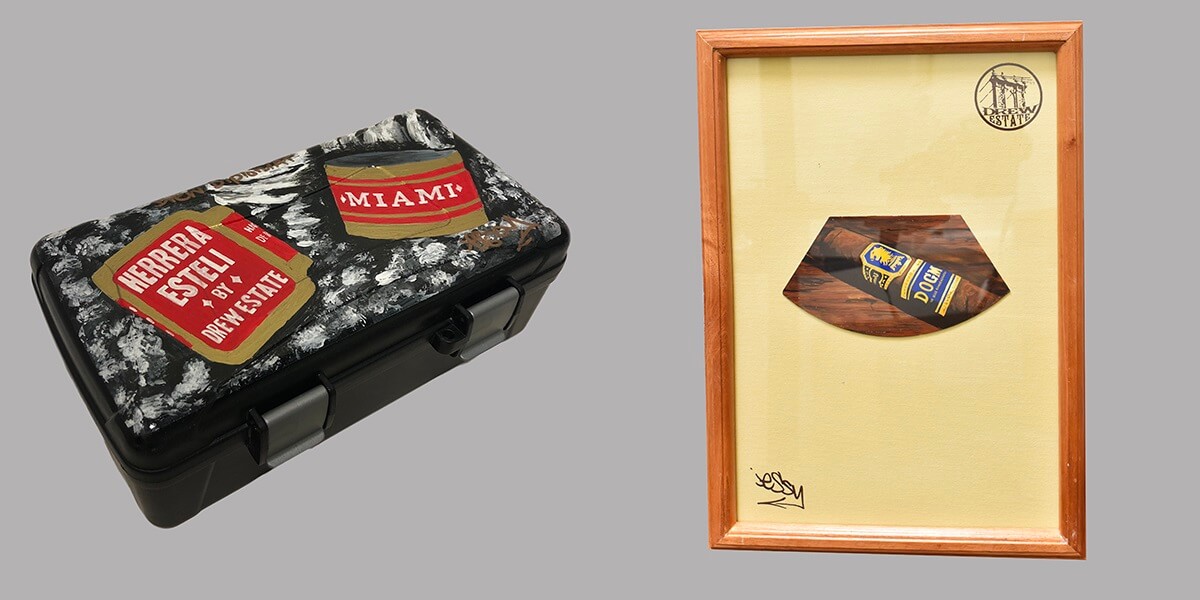 Wow, Diplomats, it’s already November, and as the temperature drops, you need to think warm thoughts, so that’s why we are lighting up a Herrera Esteli Miami today. Handmade by level 9 Cuban Rollers at the famed El Titan de Bronze factory in Little Havana, these cigars will keep you warm on those cold fall nights. Now since we are talking the Herrera Esteli Miami’s, why not a Herrera prize on Drew Diplomat? So we have for you today a Herrera Esteli Miami travel humidor perfect for your cigars on the go. We also gave away a beautiful Undercrown Dojo Dogma chaveta, that’s even more limited than the cigar!