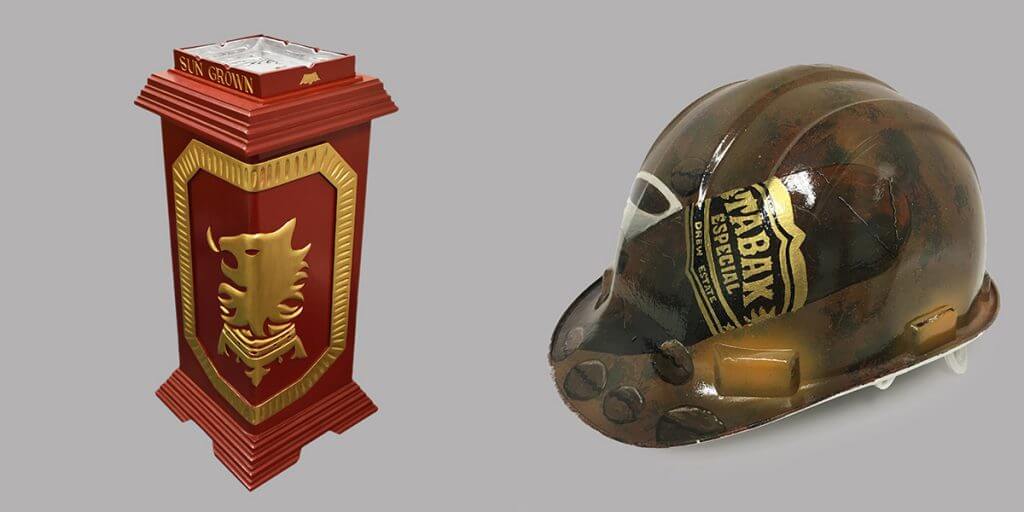 Good afternoon Diplomats, Happy Friday! It’s now December and that is the season of giving. Stay tuned on DE social media for some upcoming giveaways coming up on Drew Estate! Now in that spirit let’s get rolling with the prize winners this week! We felt like Santa giving out so many prizes, but you were very good this year! This week our prizes included a Undercrown Sun Grown Mega Standing Ashtray that is the centerpiece of any room, for those of you who need a little coffee on your daily grind we have a Tabak Especial hard hat, and a pair of Kentucky Fire Cured Sneakers that just show the love for Kentucky tobacco.