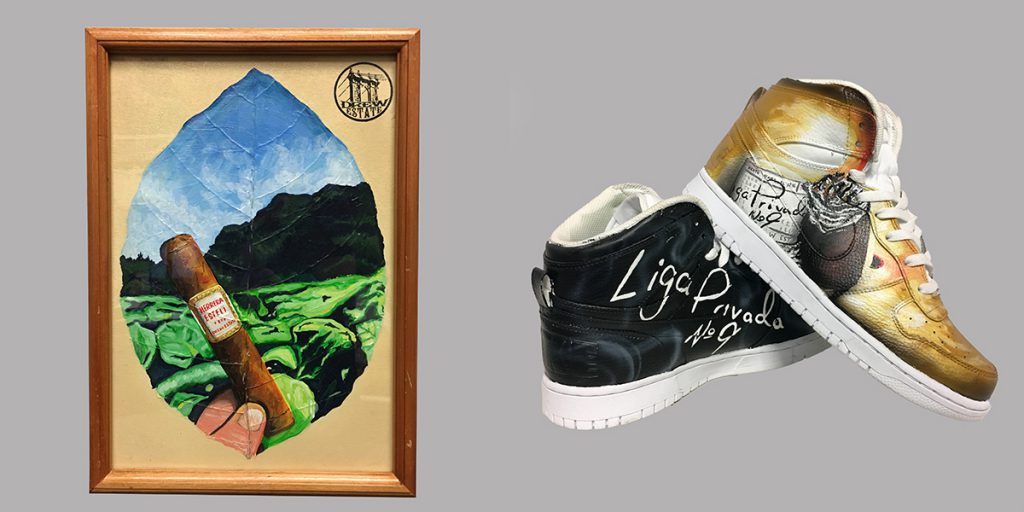 Another week down Diplomats, let’s kick this weekend into high gear with a delicious Herrera Estelí cigar. Combining the woodsy notes with a fair spice will set you at ease this weekend, and be sure to enter our Love for Herrera contest! Now onto the prizes we gave away this week on Drew Diplomat, starting with a scenic vista of a tobacco field with a tasty Herrera Estelí. Next up, for you sneaker heads a pair of Liga Privada No. 9 kicks. Don’t forget, this month we are giving away a Herrera Estelí Mega Standing Ashtray so be sure to put some points in!

Drew Diplomat: This Weeks Prize Promotions 2/19
Learn About Making Cigars: The Importance of the Bunchero in Norteño