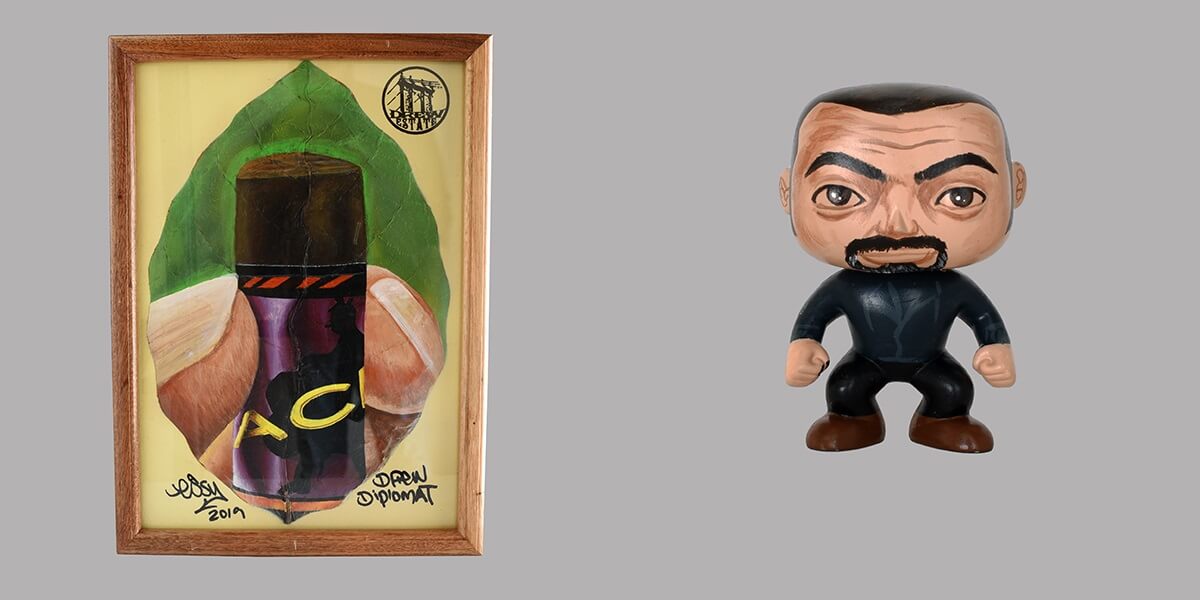 Hey Diplomats, congratulations you made it through another week and it’s time to kick off the weekend with a fine Drew Estate Cigar. Between all your errands and events you have to run to, you can find time to light up your favorite Drew Estate 4 x 32 tin. Now, since it is Friday, we have some amazing prizes to give away on Drew Diplomat! Starting things off, we have the 20th Anniversary of ACID and what better way to show it off than an ACID painted leaf to adorn the walls of your man cave! Next up, the second in our collectible action figure series, we have the man, the myth, the legendary Master Blender of Drew Estate Willy Herrera!