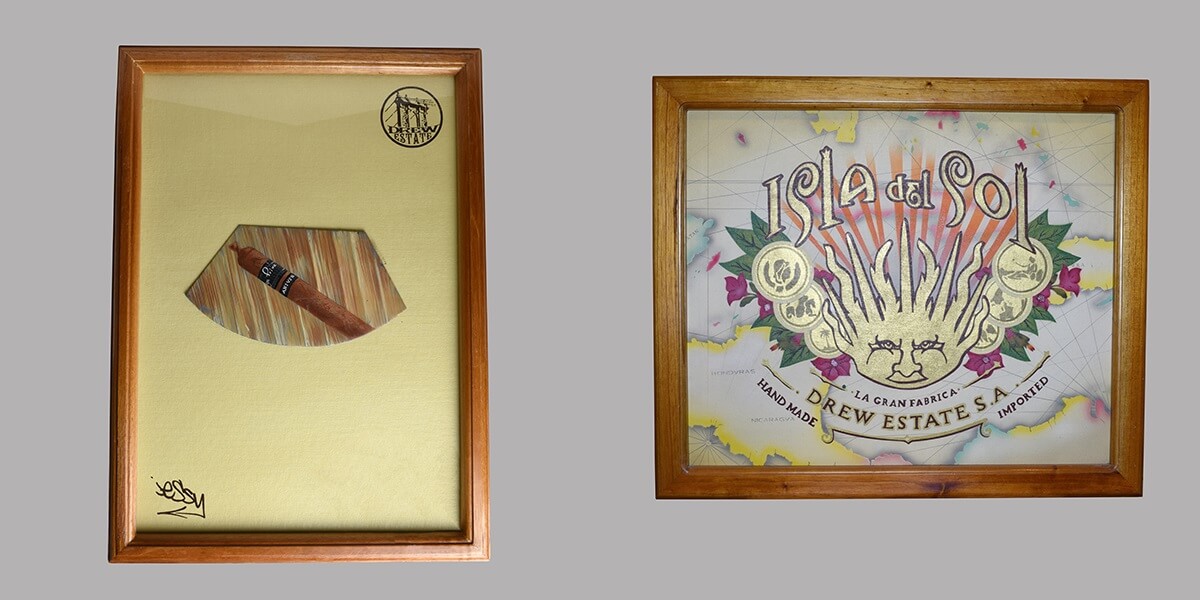 Well, Diplomats, we made it through the week, it’s time to kick back this weekend with a tasty Drew Estate cigar. As the weather is still frigid you don’t have as much time for enjoying a cigar outside, that’s why we have so many options of Drew Estate 4 x 32 tins for you to chose. Now since it is Friday, let’s celebrate by giving out some prizes on Drew Diplomat! First up, for all you Liga maniacs out there, we have a brand new piece, a Liga Privada 10-Year Aniversario Chaveta. Next up, for those of you who need some new art for your wall, we have an Isla del Sol Framed Canvas.