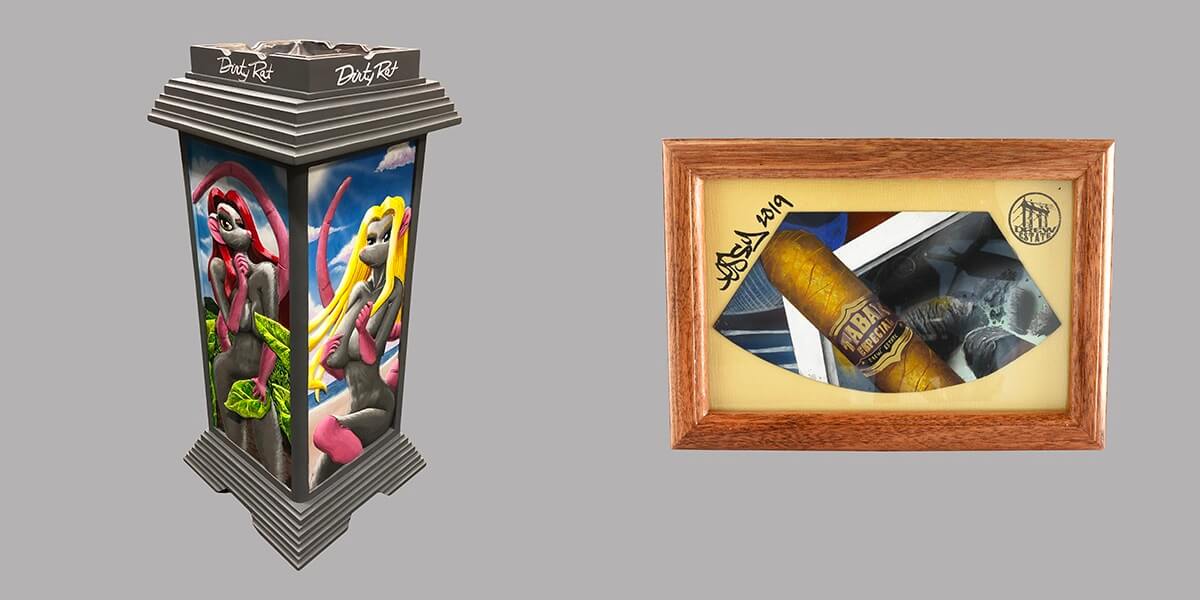 Well, Diplomats, it’s been a long week but we have made it to March! This year is flying by, so don’t forget to stop and smell the morning coffee with a Tabak Especial. Now, let’s kick off March in a big way on Drew Diplomat by giving away something truly special. First up, we have a killer Dirty Rat Mega Standing Ashtray handmade in Nicaragua by our very own Subculture Studios. Next up, for our resident coffee lovers, we have a gorgeous Tabak Especial Chaveta perfectly sized for your desk. Have a great weekend Diplomats!