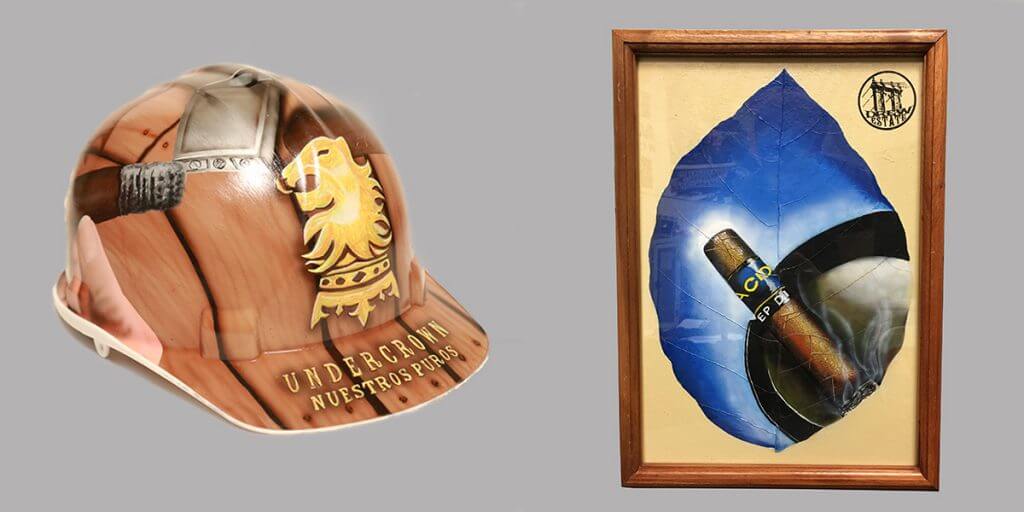 Wow, what a week Diplomats, I know we are ready for the weekend and taking some time to relax. We grabbed a tin of Undercrown Maduro Coronets for the weekend. Those quick and flavorful smokes are the best way to start your morning or fit in a little “me-time” during your weekend errands. Now, it is Friday, so that means we are giving out PRIZES! Who’s excited? We’re excited! First up for those who work hard and play hard, the ones who really need a helmet, an Undercrown Maduro Hard Hat. Next up, for those who love Acid, the natural infusion and burst of flavor, we have an Acid painted leaf that’s just electric.