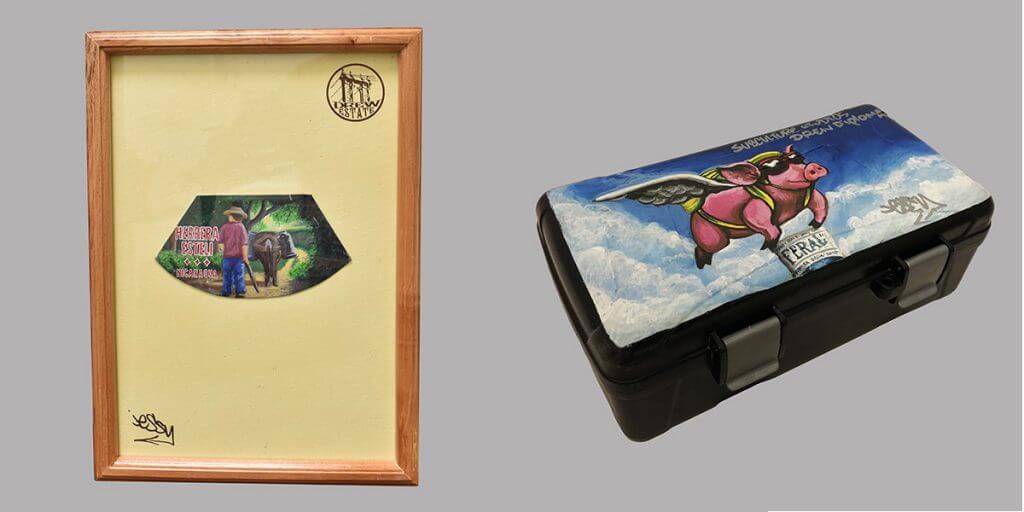 Friday the 13th, it’s here Diplomats, and we aren’t scared. We have Crazy Alice by our side and she’s got our back. Now some people may think this day is unlucky, but not for you Drew Diplomats, why? Today we have WINNERS on Drew Diplomat. This week we gave away a few stunning items hand painted at our very own Subculture Studios in Nicaragua including a Herrera Esteli chaveta featuring one of the many Nicaraguan farmers growing the rich tobacco you love. Next up, for those of you who love the Liga Life, we gave away a Liga Privada Flying Pig travel humidor to one lucky winner. We hope you were lucky today Diplomats!