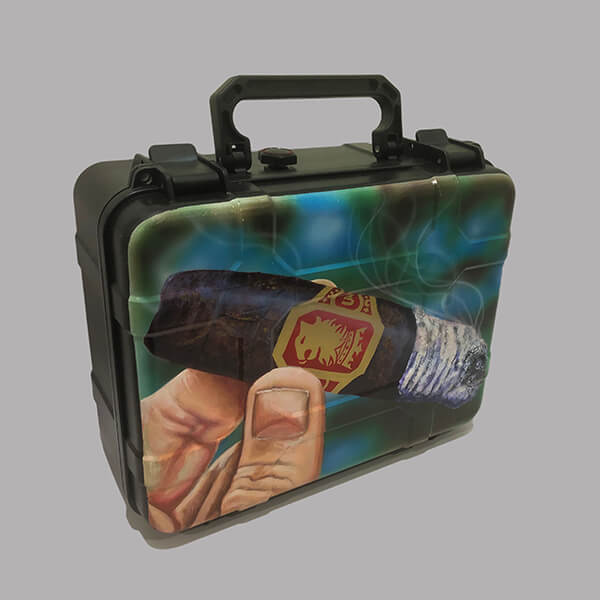 It’s Friday Diplomats, and this past weekend we partied at the 5th Annual Connecticut Barn Smoker. It was a true celebration of our love of the leaf. Now, let’s do what else we love which is giving out prizes on Drew Diplomat! Featuring Connecticut Stalk Cut Habano in the binder, we have a beautiful Undercrown Sun Grown Painted Humidor and much more.