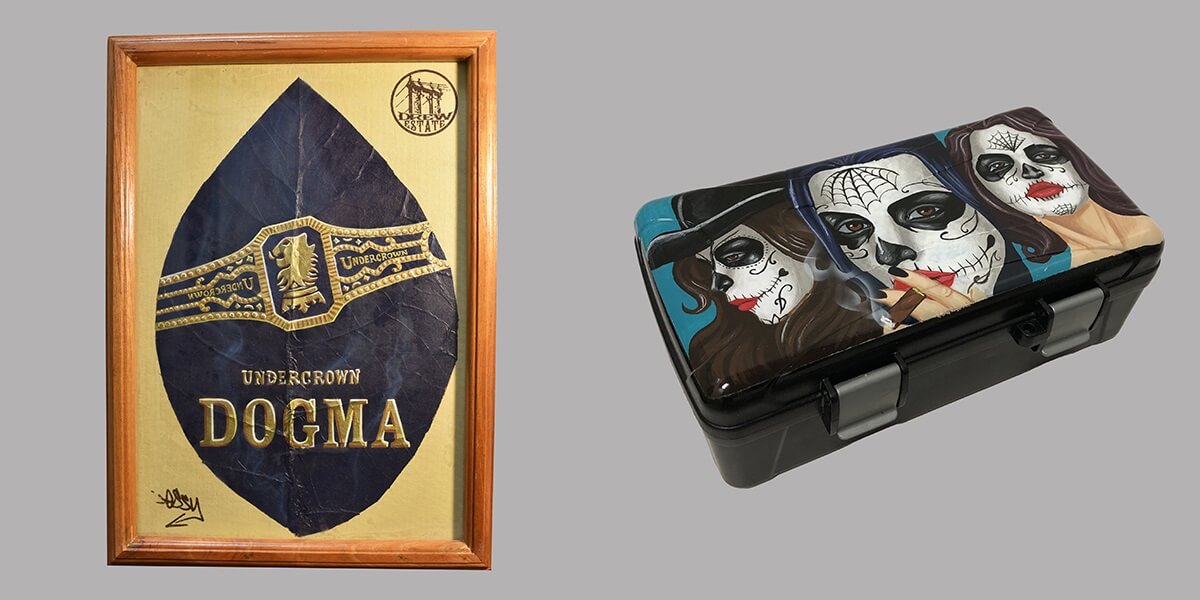 You made it Diplomats, surviving the week and ready to kick off your weekend with a tasty Liga Privada. You will start seeing the smaller ring gauges of Liga Privada soon at your local Drew Diplomat retailer so keep your eyes peeled. Now is the time, let’s give away some amazing prizes this week on Drew Diplomat. First up, is an Undercrown Dojo Dogma Painted leaf, just in time before we kick off the Nationwide release of Undercrown Dojo Dogma next week! at the Rocky Mountain Cigar Festival Next up, for you fans of Deadwood, we have a killer hand painted travel humidor you will want to show off to all your friends.