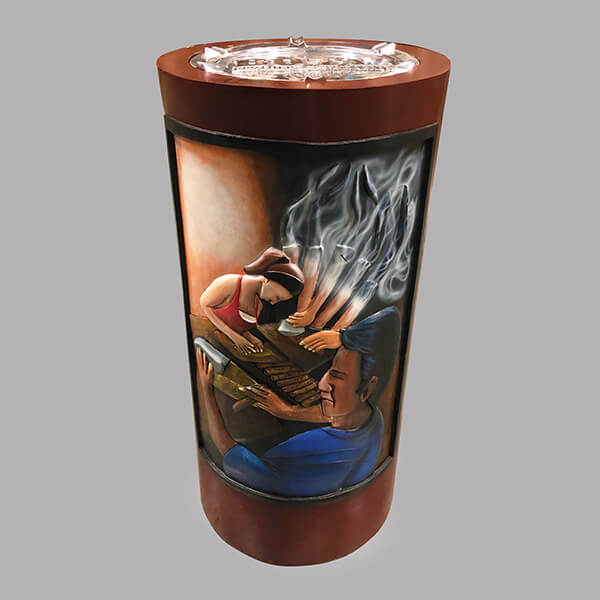 August is here Drew Diplomats, and we are massively excited to be celebrating Liga Privada month and the upcoming Connecticut Barn Smoker. Now, since it’s Friday, let’s see what we are giving away on Drew Diplomat. Well look at this, it’s back straight from the 2019 IPCPR trade show, we have a BOTL Mega Standing Ashtray!