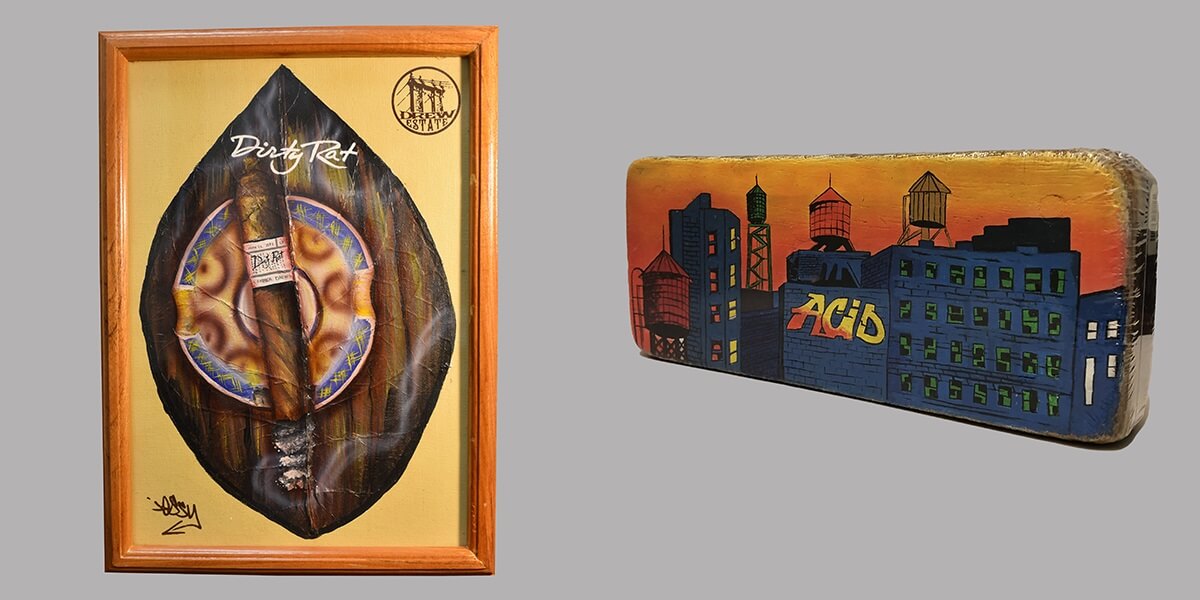 Today is a great day Diplomats, you know why? Well first, it’s Friday and we are giving away some great prizes on Drew Diplomat but more importantly, today marks the launch of the Undercrown Dojo Dogma! It’s shipping now and will soon be at your local Drew Diplomat retailer, you better move because they won’t last long. Now back to the prizes, this week we are kicking things off with one of our favorite Liga Privadas, the Liga Privada Unico Dirty Rat featured on a beautifully painted leaf. Next up, for our ACID fans, you need this painted cigar mold featuring the New York Skyline. It’s iconic and one of you has this headed your way.