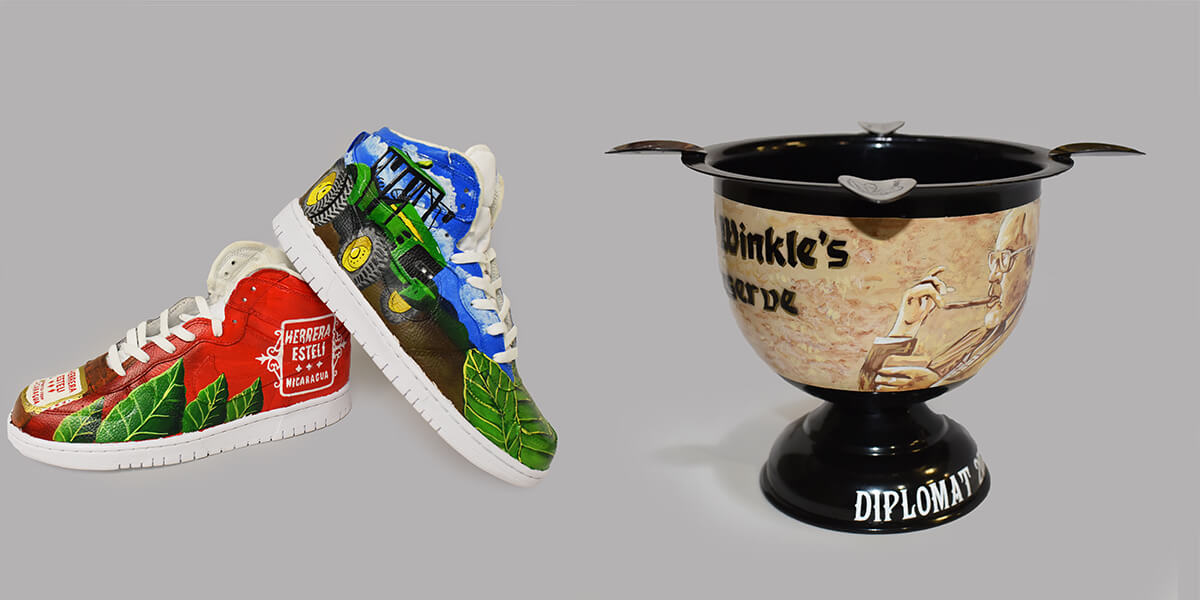 Well Diplomats it has been an interesting week at Drew Estate, we have made it through Hurricane Irma and hope everyone has stayed safe during this trying time. On a happier note, it is time to show some love to everyone who has won prizes this week on Drew Diplomat! This week we have a killer pair of Herrera Esteli Sneakers, for all the MUWAT fans an awesome cigar mold, and finally a Pappy Van Winkle Barrel Fermented Stinky Ashtray! Congrats to the winners: Todd B. of Morton, PA; Justin P. of Sunbury, OH; Boyd R of Bluffton, OH; Jim P of Barnegat, NJ; Kris P of Alphretta, GA; Henry S of Atwater, OH; Beau W of Huntsville, OH; Quinn L of Fort Collins, CO; and Brian W of Laguna Hills, CA;

Drew Diplomat: This Weeks Prize Promotions 9/19
Are you ready to experience the spicy Undercrown Sun Grown?