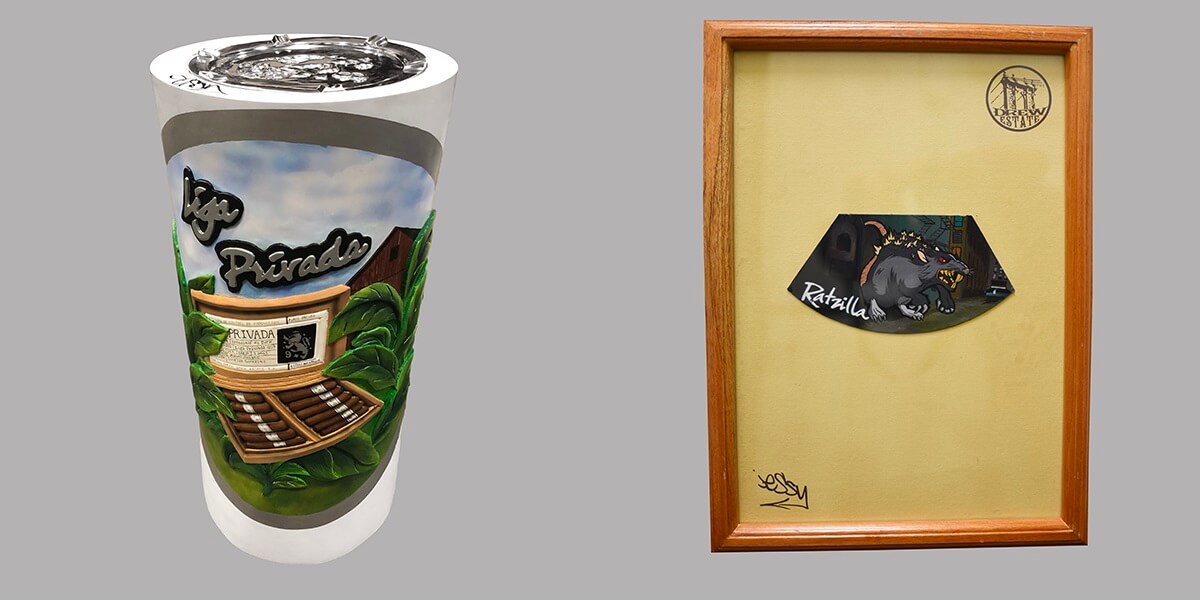 Wow, Diplomats this week has flown by and it’s already time for the weekend!  There’s still plenty of time to get one more session on the grill and to light up a Kentucky Fire Cured cigar. Which variety is your favorite? Post a picture and let us know! Now since it’s Friday, we are breaking out the big prizes on Drew Diplomat. First up, for you Flying Pig fans we have a Liga Privada Flying Pig Mega Standing Ashtray that is a true beauty and will be a centerpiece of any room. Next up, for you Ratzilla fans we have a painted chaveta that is just killer. Who won? Was it you? Check it out below!