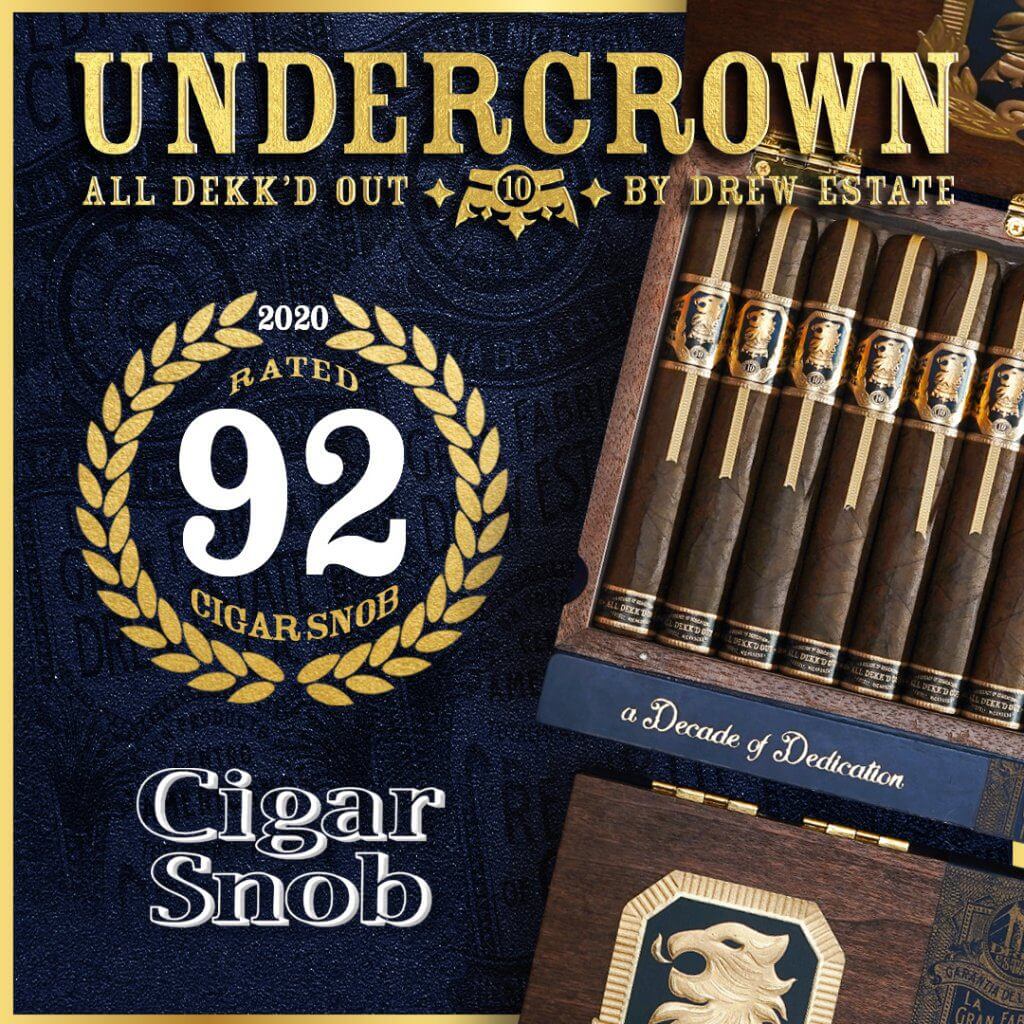 In the July/August Edition of Cigar Snob our friends at Cigar Snob rated a few offerings from both Drew Estate at Joya De Nicaragua. They also gave their first thoughts on the Undercrown 10 giving it a 92 rating! Other cigars featured in the review are the Herrera Esteli CT Broadleaf Lancero, the UC Sun Grown, Cinco Decadas and Joya Silver! Enough talking about it, lets hear from Cigar Snob themselves with some snippets of their reviews below: