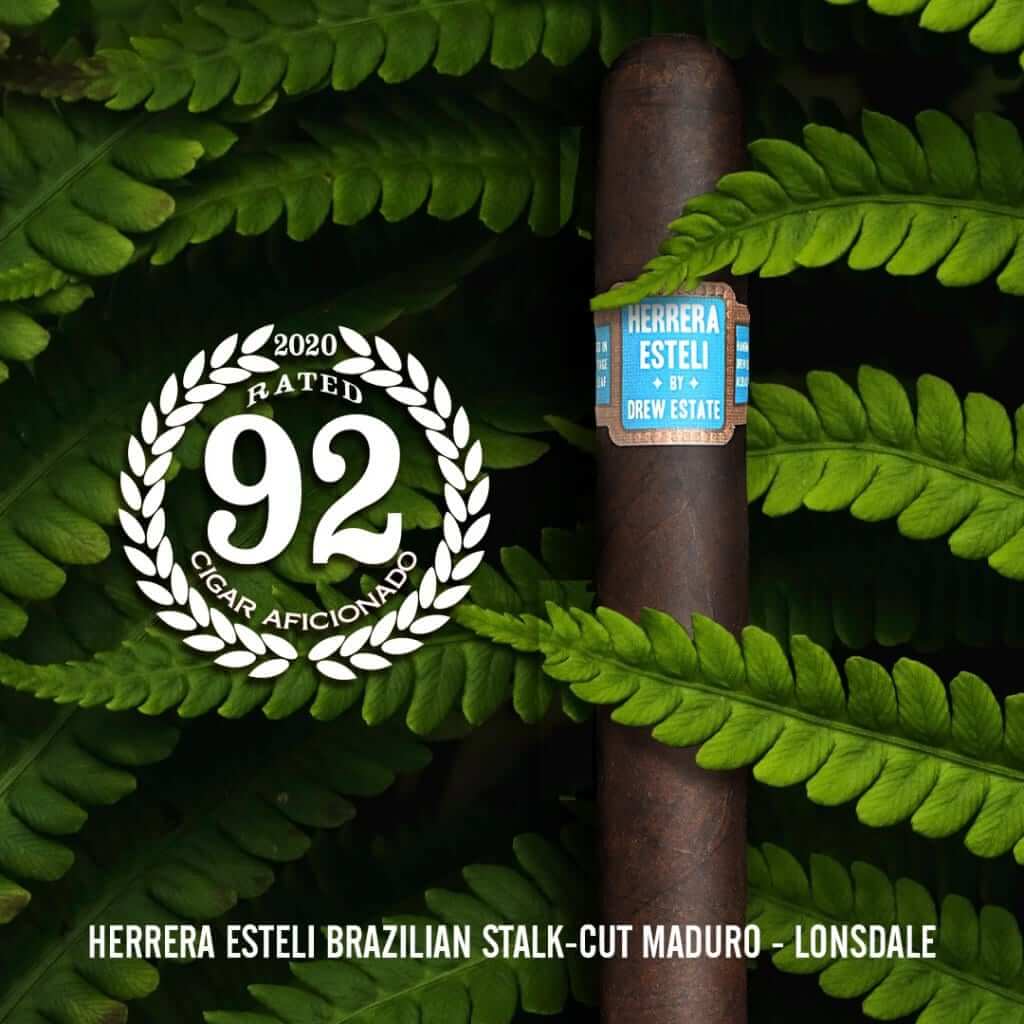 Cigar Aficionado tried rated 3 Drew Estate Cigars in the Latest Issue and gave them great reviews with the Joya de Nicaragua Antano CT Robusto topping out at a 93 and Herrera Esteli Brazilian Maduro Lonsdale scoring a 92! Many thanks to our friends at Cigar Aficionado for the wonderfully written reviews!

Some brief snippets from the reviews:

Herrera Esteli Brazilian Maduro Lonsdale “Smoking this cigar is like sipping a dark Beligan ale, as its malty, fruity qualities are beautifully showcased with each dense, chewy puff….” 92 Rated!

We and our friends at Joya De Nicaragua are honored to be receiving reviews from an esteemed publication like Cigar Aficionado. These cigars each have their own interesting positions in their lines. The Joya Antano CT is a Connecticut wrapped smoke that is a powerful cigar and definitely not your Grandfather’s Connecticut. The Liga Privada Unico Series L40 is the thinnest ring gauge and one of the most elegant cigars in the Unico Serie and the Liga Privada line. The Connecticut Broadleaf wrapper brings the flavor but the blend is still smooth and refined in the 40 ring gauge vitola. Finally, the Herrera Esteli Brazilian Maduro brings a whole new dimension to a line that was formerly known for its Cubanesque profile, with lush floral and earthy notes.