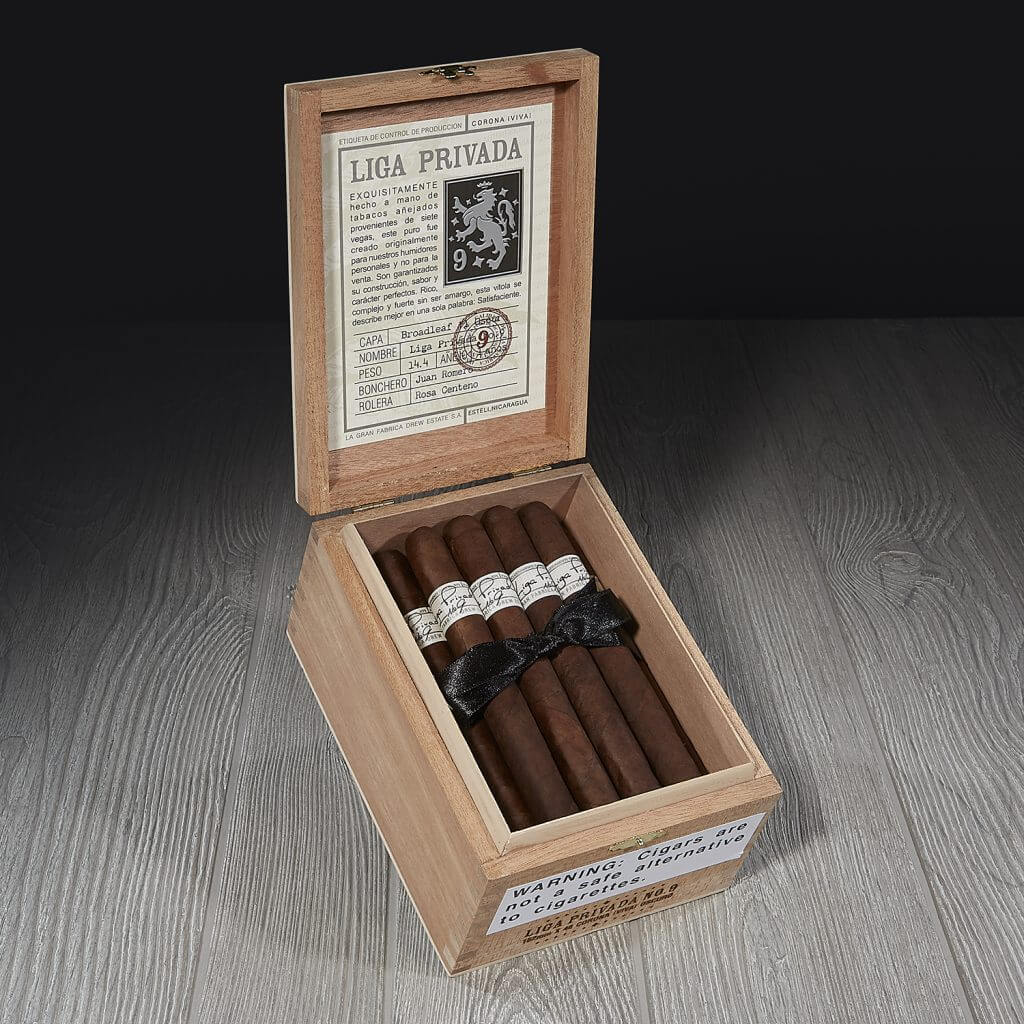 Drew Estate announces the pre-release of Liga Privada No. 9 CORONA VIVA exclusively for the Cigars International Super-Store in Hamburg, Pennsylvania for the 15th annual CIGARfest.

The #9 Corona Viva features a Connecticut River Valley Broadleaf Oscuro Wrapper, a Plantation grown Brazilian Mata Fina Binder, and Nicaraguan and Honduran Fillers. Similar in concept to the Undercrown Corona Viva, released in 2012, the No. 9 Corona Viva features the core blend with increased Ligero for a fuller and stronger taste profile.

The Liga Privada No. 9 Corona Viva is the first new release to the core sizes of Liga Privada since its original launch in 2008. The 152mm x 46mm vitola will be packaged in 24-count boxes with an MSRP of $290 per box and a special release letter from Jonathan Drew, Founder & President of Drew Estate, commemorating the launch.

From the Wynwood Safehouse in Miami, Florida Jonathan Drew noted, “10 years ago, Drew Estate created ‘Liga Privada’ the hearty, Broadleaf bully that changed the cigar world forever. Highly coveted, this rare cover leaf tobacco is historically treated as a reward to a select few industry players, reinforcing the bond of partnership between farmer and manufacturer. Thank you for the LP Fellowship of the past ten years, and for contributing to the #De4L mosaic that binds us together and enables The Rebirth of Cigars to live on and Flourish.”

Fans of Liga Privada are encouraged to download Drew Diplomat, the official mobile application of Drew Estate, which is now available in the App Store for iPhone®, and iPod Touch® and on Google Play™ for Android™. For more information head to http://drewdiplomat.com