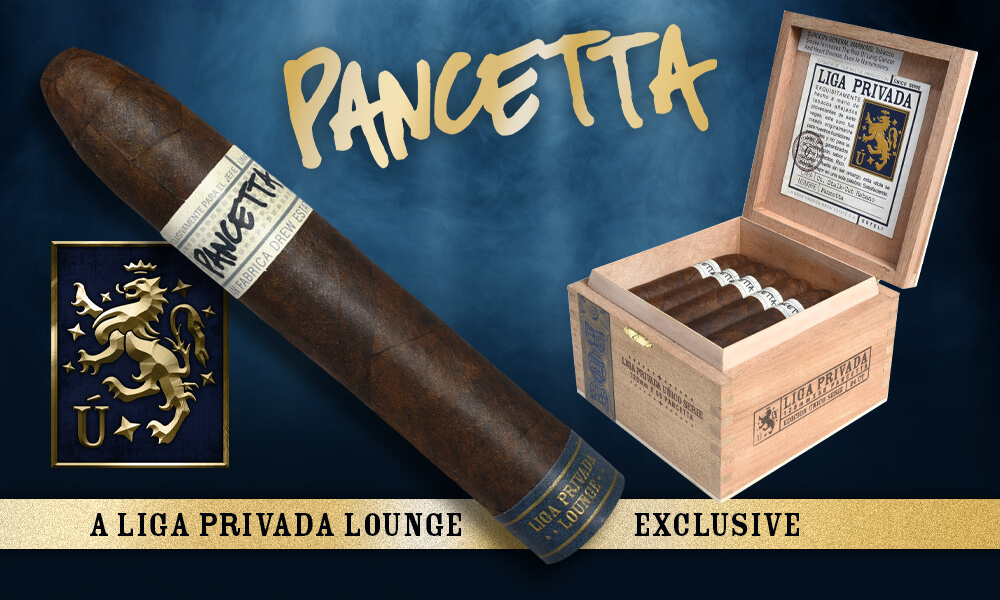 Drew Estate announces today the release of the limited edition Liga Privada Unico Pancetta as a Liga Privada Lounge exclusive for Wooden Indian Tobacco Shop in Havertown, PA and Barrister Cigars in Union, NJ. This once a year release will be available at these two retail locations, beginning on October 19th, when each of these exclusive retailers will be hosting a special launch event at their respective store locations.

From the Wynwood Safehouse, Jonathan Drew Founder and President of Drew Estate notes, “These two stores have a deep connection to the earliest days of Drew Estate. They have stood by us through thick and thin, acting as true ambassadors for our brands. That’s why we chose to share with them the Pancetta, this blend will blow you away!”

The Liga Privada Unico Pancetta is packaged in 24 count boxes with an MSRP of $299.00/box, sold exclusively through Wooden Indian Tobacco Shop and Barrister Cigars.