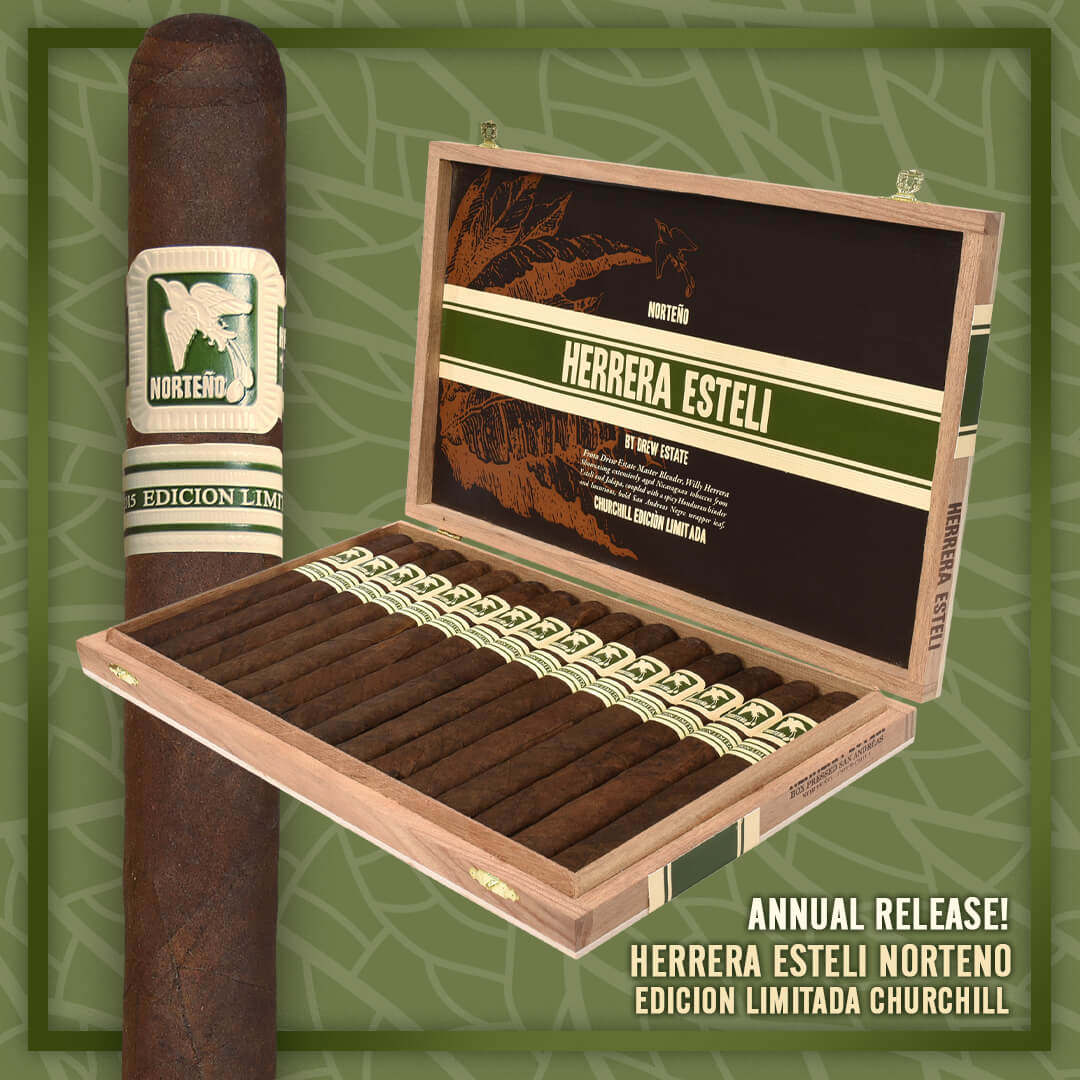 From La Gran Fabrica in Esteli, Drew Estate Master Blender Willy Herrera notes, “The Norteño Edicion Limitada is a killer stick bro, at all of my events consumers come up and ask when it is coming back. I am happy to say this limited release will satisfy some of the demand, but they better grab them quick before they disappear.”

The Herrera Esteli Norteño Edicion Limitada Churchill is available in 15 count boxes with an MSRP of $217.96.