Miami, FL – Drew Estate announced today that they would be releasing a new Edicion Limitada in the Herrera Estelí Norteño line. The new cigar will be displayed in Drew Estate’s booth (Booth #15407) at the 2015 IPCPR Tradeshow in New Orleans, LA.

The new Herrera Estelí Norteño Edicion Limitada will be presented in a 7×48 Parejo Prensado Churchill vitola and will be packaged in 15-count boxes. The “Norteño” blend showcases extensively aged tobaccos from the Estelí and Jalapa growing regions of Nicaragua, coupled with a spicy Honduran binder and a rich, bold Mexican San Andrés maduro wrapper. The MSRP will be $14.00, and the cigars will ship to Drew Diplomat Retailer Program stores beginning in September 2015.

When asked about the new cigar, Drew Estate Master Blender Willy Herrera stated that, “the Norteño has been one of my favorite blends for many months now, with its meaty, spicy flavor; it just fits my palate perfectly. This new Edicion Limitada is based on the same Herrera Estelí Norteño blend profile with a few changes here and there. Any fan of our Herrera Estelí lines will definitely enjoy these sticks. Pick them up soon as they’re sure to sell out quickly!”

Drew Estate has also created a 50-count Humidor Cabinet for the Toro Especial (MSRP $575.00), Robusto Grande (MSRP $600.00), & Lonsdale Deluxe (MSRP $550.00) sizes of the Norteño line, which will include built-in Boveda pack storage in the lid of the humidor. There will be a limited number of Herrera Estelí Norteño Humidor Cabinets available.

In the Herrera Estelí line, Drew Estate will be introducing Herrera Estelí Tubos in the 6” x 52 Toro size (MSRP $11.50), presented in 10-count boxes. This new packaging option will begin shipping to DDRP retailers in October 2015.

To learn more about the new Herrera Estelí products and all of Drew Estate’s IPCPR releases, visit https://drewestate.com/ipcpr.
 
About Drew Estate 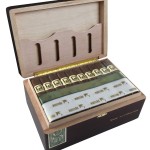 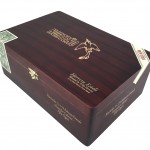 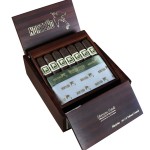 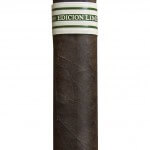 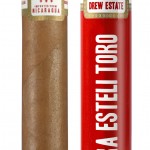