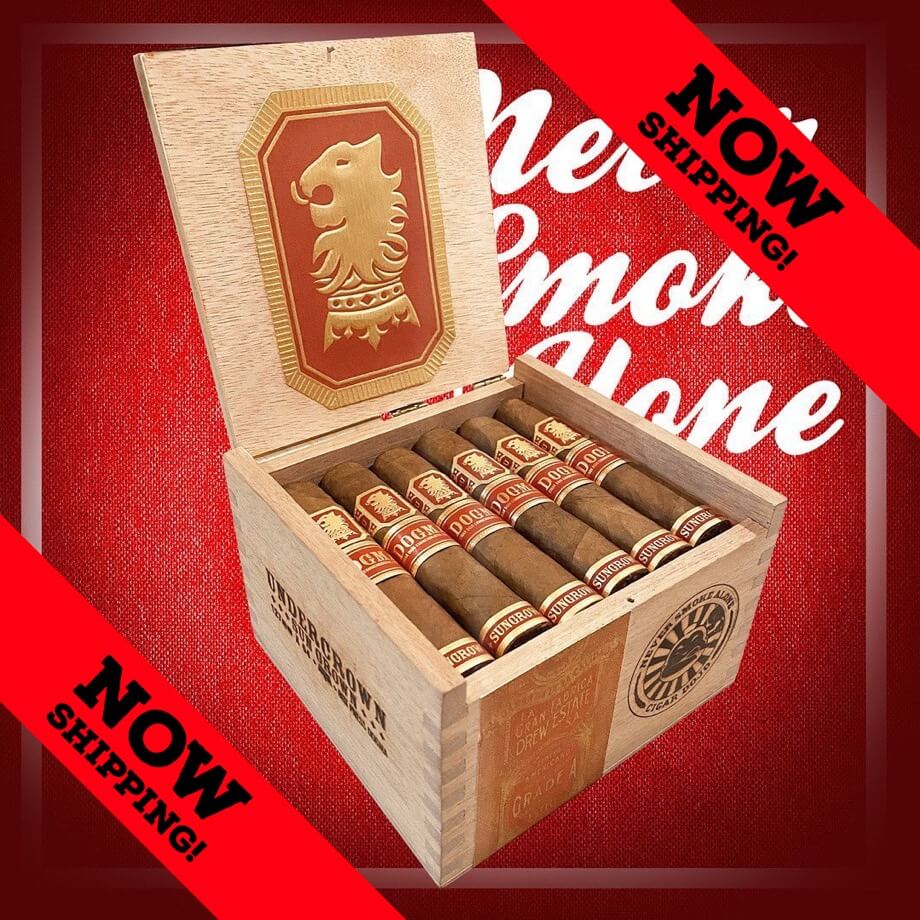 Undercrown Dojo Dogma Sun Grown is a 5 x 54 box-pressed robusto chosen by Drew Estate Master Blender Willy Herrera and Cigar Dojo Master Sensei Eric Guttormson for its bolder profile. The Sun Grown Dojo Dogma features an Ecuadorian Sumatra Sun Grown capa, with Connecticut River Valley Stalk Cut/Cured Sun Grown Habano binder, and a complementing, powerhouse blend of Nicaraguan premium filler tobaccos. One leaf of extensively aged Ligero from the Nueva Segovia region, along the border of Honduras, has been carefully selected to enhance the intense character of the blend. It is packaged in a 24-count wooden box, featuring the dual emblems of Undercrown and the Cigar Dojo community.

From Sag Harbor, N.Y., Jonathan Drew, founder and president of Drew Estate, states, “The SunDog, as we affectionately call it around here, has been shipped to participating shops nationwide. While the SunDoggyDog is certainly related to its cousin with the maduro capa, the SunDog has a flavor profile that’s distinctly spicy. Both of my good homies, Philly Phil and Nevergood, out here in East Hampton, New York, say ‘SunDog smokes like a Cuban cigar on very spicy overload.’ So … let’s get our Dojo gear on, t-shirt and cap, and post it up in the Drew Estate Facebook Group, Drew Diplomat and Cigar Dojo.”

The Undercrown Dojo Dogma Sun Grown is packaged in 24-count wooden boxes with an MSRP of $244.80. It is now shipping to Drew Diplomat Retailers nationwide.