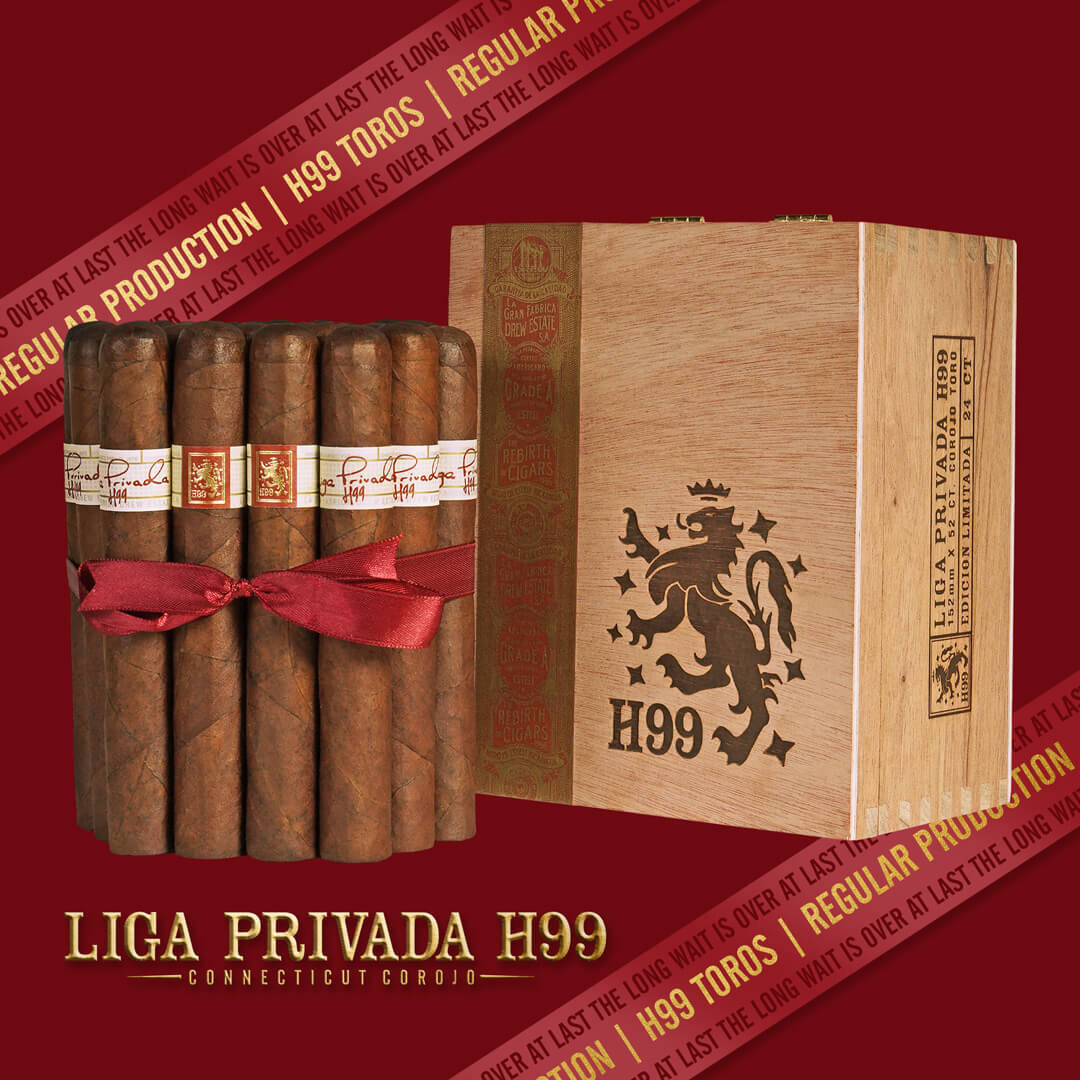 While all Liga Privada cigars have limited production capacity due to the rarity of the tobacco leaves used in each of the offerings, the magnificent capa leaves from the Connecticut River Valley that stand as the hallmark for each Liga Privada expression remain by far the most difficult component to procure. This has been especially true for Liga Privada H99 Connecticut Corojo.

Liga Privada H99 Connecticut Corojo’s capa leaf is naturally sweet and contrasts perfectly with the robust spiciness of the Mexican San Andres Otapan Negro Último Corte capote and the dense earthy notes from the well-aged blend of Nicaraguan, Honduran and Pennsylvania Green River One Sucker tripa tobaccos. These cigars offer complex earth, leather and espresso notes, which dance on the palate in a luxurious and deceptively full-bodied smoking experience that builds with every puff and climaxes in an attention-grabbing finish.

“The H99 Connecticut Corojo is the triumphant result of hybridity, including traits of … dysfunction, functionality, flexibility, adaptability, survival, replicability, and most importantly procreation,” says Drew Estate Founder and President, Jonathan Drew. “In all my 26 years of experience as a tobacco man, I have never witnessed a tobacco hybridization with the depth and body of this Stalk-Cut Habano and Connecticut Corojo leaf. It’s nice to walk into the storage area at the factory and finally see some bales aged and stacked up, ready for production. Get your lighters ready … let’s burn.”