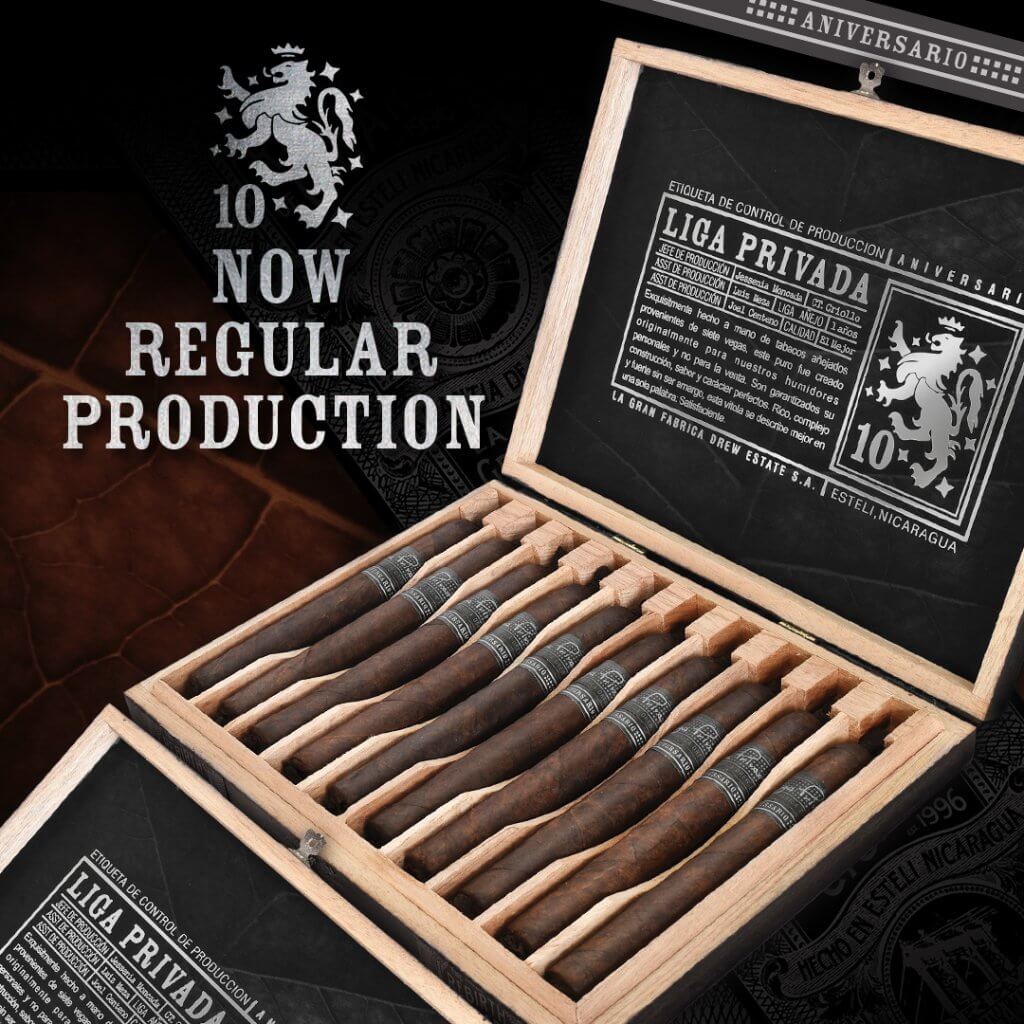 “Liga Privada 10 Aniversario is a tribute to the remaining old-school tobacco growers in the Connecticut River Valley who produce the capas for Liga Privada,” says Drew Estate Founder and President, Jonathan Drew. “The magnificent cigar also honors our loyal consumers who’ve stood by our side through the ups and downs all these years. Today’s news is certainly welcome, as more people will now get to experience Liga Privada 10 Aniversario’s bold, luxurious and commanding presence … so let’s get luxuriating, party peoples.”