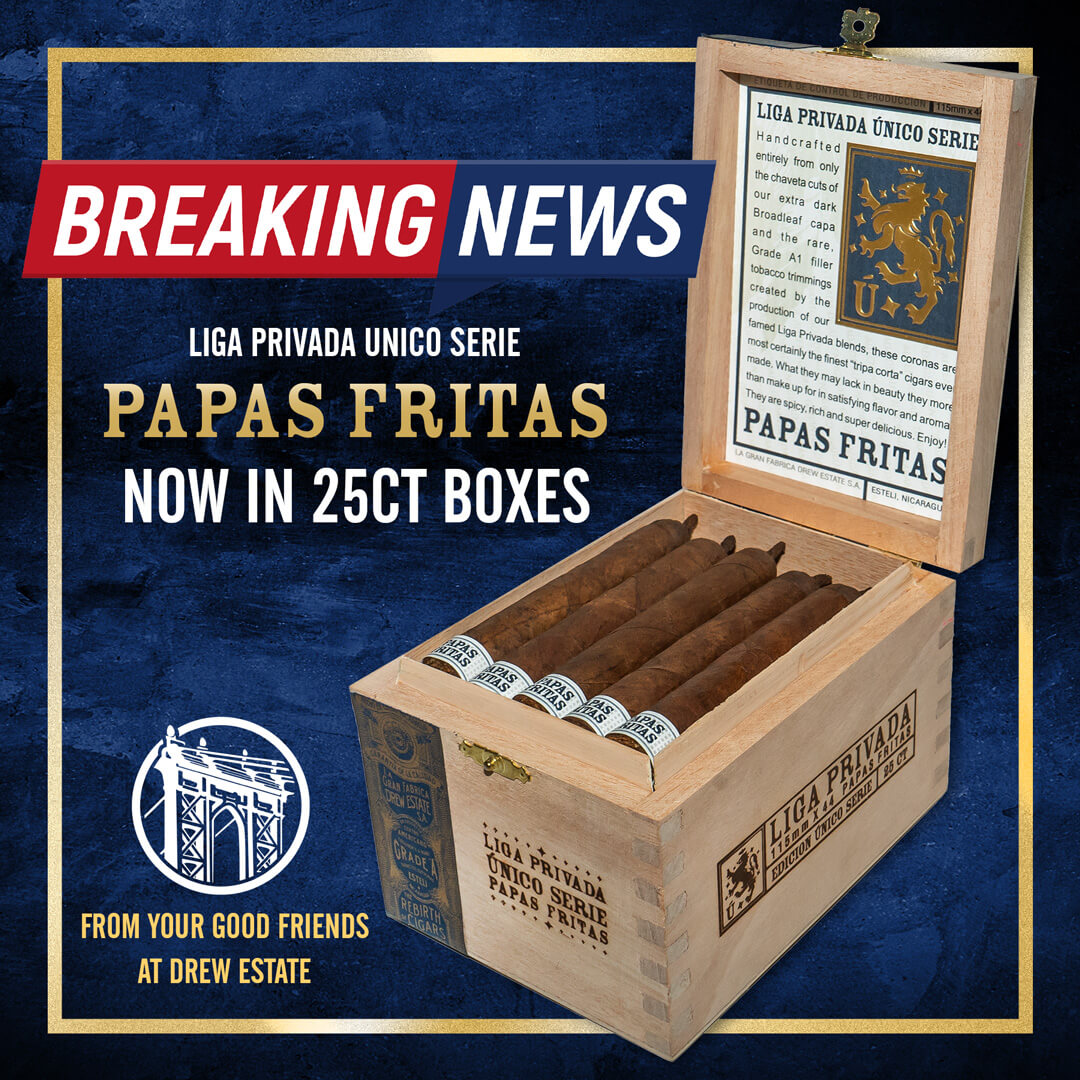 Upon its launch in 2012, the quirky Papas Fritas vitola quickly became one of the most beloved and popular offerings in the Liga Privada Unico Serie line. Papas Fritas’ small, handy size made the cigar an excellent choice for cigar lovers who only have a short time to enjoy a rich and savory Liga Privada.

While the packaging will be changing to consumer-friendly 25-count boxes, the uniquely constructed cigars in each box will remain the same Papas Fritas the marketplace has come to love. Featuring Drew Estate’s signature fantail, Papas Fritas delivers the rich and robust complexity of Liga Privada in a short smoke size.

From Sag Harbor, N.Y., Drew Estate’s Founder and President, Jonathan Drew, says, “Papas Fritas punch above their weight class with lots of rich heartiness that grabs your attention from the first pull. These gnarly little knockouts have extraordinary character that makes people crazy, asking ‘How they pack that little beast with so much flavor?’ I feel good about the shift from 50- to 25-count, as it makes it a bit easier for our Liga Freaks to snap up a box all quick and easy, like ‘Don’t worry, Flavor’s vision ain’t blurry.’ That’s Public Enemy by the way.”

Available only to Drew Diplomat Program participants beginning in  August, Papas Fritas will have an MSRP of $143.87/ 25-count box or $5.75/cigar.