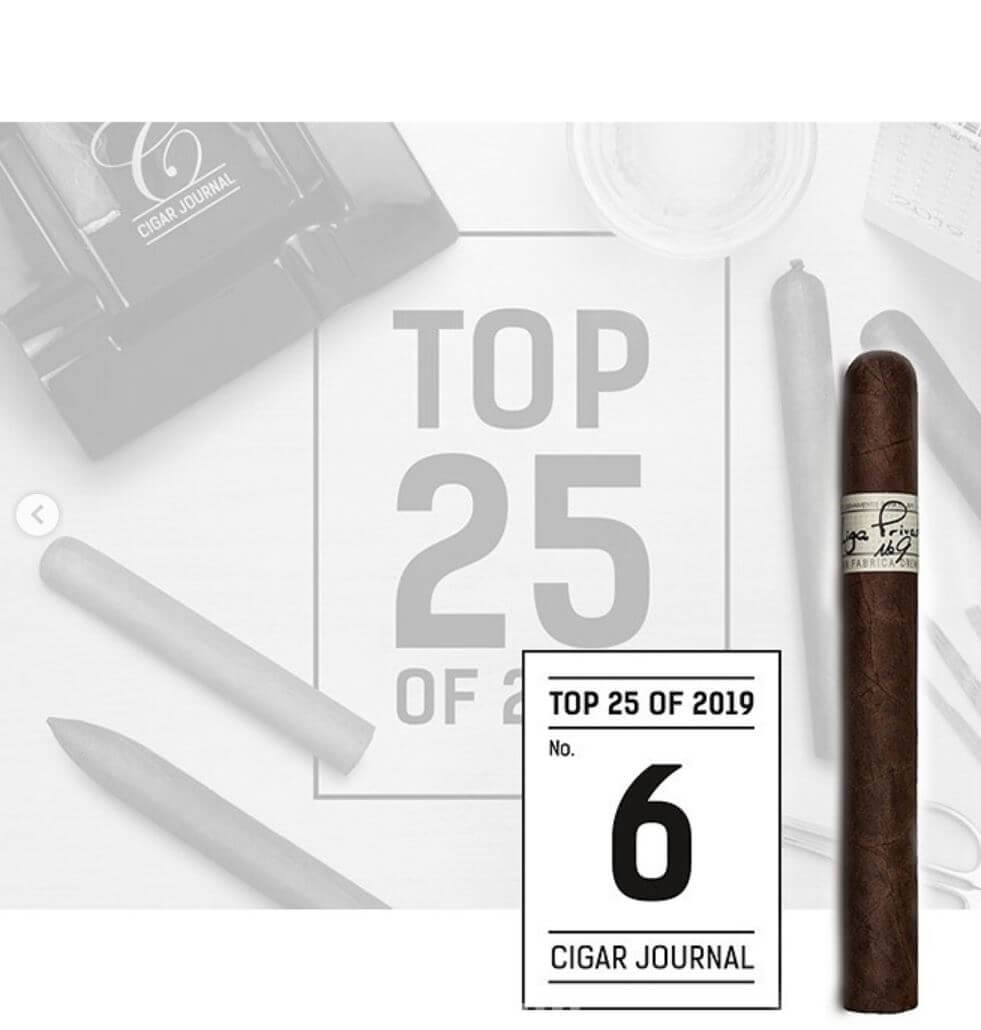 Cigar Journal Magazine is in the process of releasing their Top 25 Cigars of 2019, and both Drew Estate and Joya de Nicaragua have made the list!

First up, coming in at #6 Cigar of the Year, is the Liga Privada No. 9 Corona Viva. Cigar Journal Magazine found, “In the creamy smoke of this cigar there is a chocolate sweetness, woody aromas, notes of fruit, the scent of bread and coffee, as well as roasted aromas. A very complex blend with a lot of spice, some pepperiness, and a fine sweetness.”

The Liga Privada No. 9 Corona Viva was introduced in 2018, and features a Connecticut River Valley Broadleaf Oscuro Wrapper, a Plantation grown Brazilian Mata Fina Binder, and Nicaraguan and Honduran Fillers. Similar in concept to the Undercrown Corona Viva, released in 2012, the No. 9 Corona Viva features the core blend with increased Ligero for a fuller and stronger taste profile.

Coming in at #16 is the Joya de Nicaragua Cinco Decades El General! The Cigar Journal tasting panel found, “It can’t be said any other way. This cigar more than lives up to the occasion, exactly as the Joya advertising slogan says. In 2018, the brand Joya de Nicaragua celebrated its 50th anniversary, and thus fifty years of the production of premium cigars in Estelí, with an edition that earned much applause and was therefore taken into the regular portfolio of the brand. Cinco Décadas (Five Decades) was offered in two vitolas. In addition to the spectacular Diademas, is also El General, in an elegant Churchill format, that especially delights passionados who love the classic taste experience. A grand cigar that marks a very special date in the calendar.”

Cinco Décadas, with a perfect construction, is a cigar of unparalleled elegance. Made exclusively with prime extra-vintage leaves taken from Joya de Nicaragua’s most exclusive collection of tobaccos, it carries an immaculate balance accompanied by a luxurious complexity of sweet and spicy flavors. Its silky-smooth smoke delivers a rich and fulfilling experience.

This is a tremendous honor for both Drew Estate and Joya de Nicaragua, thank you to the team at Cigar Journal!