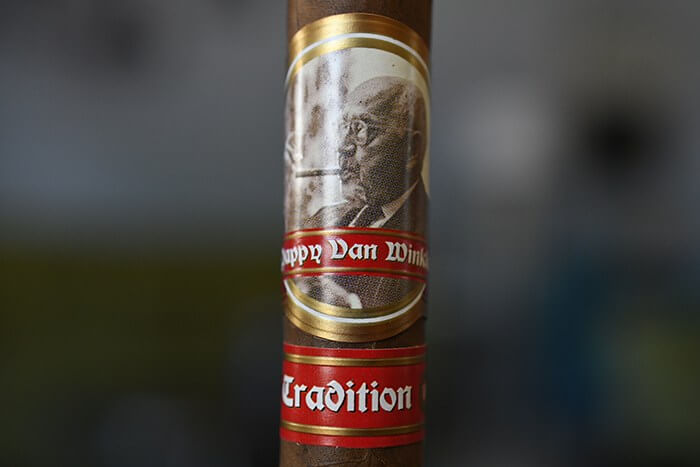 This week on the annual Top 10 Cigars list by Casasfumando.com, Drew Estate and Joya de Nicaragua received top marks with the Pappy Van Winkle Tradition at #3 and Cinco Decades being named Cigar of the Year!

Regarding the Pappy Van Winkle Tradition, Tony Casas writes, ” Its no secret that I have been a longtime fan of Willy Herrera’s blends, and in all honesty I think the Pappy Van Winkle Tradition is right up towards the top of my favorite cigars that he has made. The flavors are solid, meticulous, complex, and so well balanced without hitting you in the face. That’s something I have always been able to appreciate with his blends and why he fits right in and Drew Estate. The Pappy Van Winkle is an exclusive, limited, and expensive cigar which fits right in with the Pappy branding. In all honesty, I think this cigar is worth the coin. I dropped so much money on the La Palina Goldies and I can easily see myself buying a box of the Traditions as well. If you find them, buy them.”

Drew Estate is honored to represent the Van Winkle Family with an ultra-premium cigar that reinforces the legacy of America’s true living icons, Julian Van Winkle. The Pappy Van Winkle Tradition features an Ecuadorian Habano Oscuro wrapper, Indonesian Binder and aged fillers from Nicaragua and the Dominican Republic. The 2018 release features cigars that have been aged one additional year to provide added nuance and complexity for cigar enthusiasts.

As for the Cigar of the Year, the Joya de Nicaragua Cinco Decades, Casas finds, ” What a fantastic cigar. Not even going to try to hide how much I enjoyed it. Usually Joya de Nicaragua cigars are packed with both power and punch, but I found the Cinco Decadas was the perfect balance of full flavor without being an overly strong cigar. I kept finding myself really relaxing and taking in all the flavors the cigar had to offer. While this cigar is limited, and pricey, its a perfect cigar for a seasoned smoker who is looking for a special experience. The price would be the only thing keeping this out of my day to day rotation.”

This is a true honor to both Drew Estate and Joya de Nicaragua. Thank you to Casasfumando.com for the accolades.